Drivers who want the thrill of getting behind a luxury car or revving the engine on a high-powered vehicle have the option of patronizing one of 50 race tracks located throughout the state – including one in Naples and another in Immokolee. 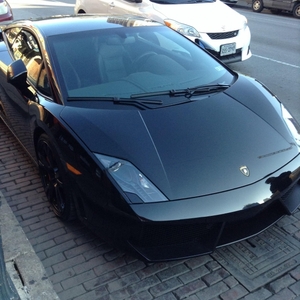 But these experiences are not without risk, as a recent incident at the Walt Disney World speedway revealed when a novice driver paid for the chance to take the wheel of a Lamborghini to celebrate his 24th birthday. A professional driver was seated next to him.

According to news reports and for reasons that aren’t clear, luxury vehicles on the track traveled the opposite direction from which the track was designed. Actual race cars went in the correct direction (though not at the same time as the luxury cars). Although we don’t yet know how or why this practice started, it’s been called into question since that 24-year-old driver lost control of that Lamborghini before slamming into a guardrail that impaled the vehicle and killed the instructor.

Specifically, it is being analyzed whether the guardrail was designed to offer protection for vehicles traveling in the opposite direction. The investigation by the Florida Highway Patrol is not yet complete, but there is some suggestion the guardrail did not deflect, as it was designed to do for travel in the correct direction.

The 36-year-old decedent was a husband and father of a 2-year-old girl.

His family may have several options for recovery of damages. The first would be workers’ compensation death benefits. His employer would be required to pay this, regardless of whether it was in any way negligent.

His employer was the company that operated the track, but it is a separate entity from Disney.

Although it’s not clear to what extent Disney controlled the track, it’s possible a third-party personal injury lawsuit could be pursued against it as the owner of the property, particularly if unsafe conditions on site contributed in any way to the accident. Guardrails that weren’t designed for protection from all angles could be considered one such hazard, especially because one should expect an out-of-control vehicle might not strike a guardrail from the initial direction of travel.

There may also be analysis of the guardrail itself. Guardrail manufacturers in Florida and throughout the country have come under fire in recent months after a number of cases in which vehicles on the highway were impaled by guardrails (rather than deflected), resulting in serious injury or death to occupants. In some cases, evidence has been presented that guardrail companies removed certain deflection components in their product to save costs, even at the expense of traveler safety.

Whether any of these options will be available to the family of the decedent will depend on the individual circumstances of the case, which are still being explored. There is of course an inherent risk that comes along with racing cars, but the key will be whether unreasonably unsafe conditions were present and whether the track owner or operator or others failed to warn of or address those dangers.