It’s no secret that seat belts save lives. But new research highlights the real-world impact for front- and rear-seat passengers, prompting safety advocates to encourage states to adopt laws that address backseat seat-belt use.

Florida is among the states that only require seat belt use of front-seat passengers. 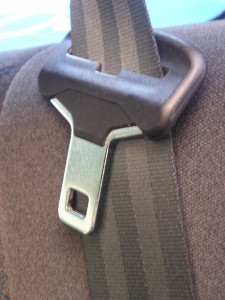 Our car accident attorneys on Fort Myers and Cape Coral have frequently noted Florida’s lax safety standards – from lack of adequate distracted driving laws to the state’s rock-bottom minimum insurance requirements of just $10,000, Florida is among the worst states in the nation when it comes to mandating good traffic-safety habits.

So it’s perhaps no surprise that Florida is among the nation’s deadliest states for all types of motorists, from passenger-vehicle occupants, to bicyclists, pedestrians and motorcycle riders.

The National Council of State Legislators reports that new data from the National Highway Traffic Safety Administration shows nearly half of all occupants killed in motor-vehicle collisions in 2019, in cases where seat belt use could be determined, were unrestrained – resulting in the loss of 9,466 lives. Conversely, the agency estimates that 86% of passenger vehicle occupants who survived fatal crashes in 2019 were restrained, while 14% were unrestrained.

While nationwide seat belt use crested 90 percent in recent years, usage varies widely by state. New Hampshire, which is the only state to have no seat-belt law, reported just 70 percent usage, while more than 90 percent of Hawaii motorists buckled up.

Statistics continue to show that teenagers and occupants under age 24 are least likely to wear a seat belt. This is particularly concerning since that age group is also most likely to be involved in a serious motor-vehicle collision.

Additionally, there is evidence of more relaxed attitudes prevailing through the COVID-19 pandemic, perhaps because decreased traffic has provided people with a false sense of security. The NHTSA notes: “there is evidence of an increase in ejection rates among people who were in crashes” during the first months of the pandemic, “suggesting a decrease in seat belt use rate of vehicle occupants.”

Primary and Secondary Laws are Effective

States have passed a patchwork of laws to address the issue. Primary seat-belt laws, which permit an officer to stop and ticket a driver for not wearing a seat belt, have proved more effective than secondary laws, which require an officer to witness a motorist committing a moving violation before permitting a stop-and-ticket for seat-belt violations.

There is also a difference among states where laws cover all occupants, and those who have passed measures aimed only at front-seat passengers. Twenty states have primary enforcement measures covering all occupants. Florida’s primary law covers only front seat passengers.

Our car accident attorneys in Fort Myers and Cape Coral urge all motorists to make a simple commitment to always buckle up, on each and every ride. Statistics continue to show that most collisions occur just a few miles from home. Even that quick trip to the store can result in a very serious or fatal collision, particularly for those who are not buckled up.