There are still plenty of reminders in the headlines that Florida is not a safe place for bicyclists. 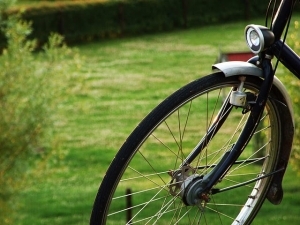 For example, there was the fatal bicycle crash on the Julia Tuttle Causeway in Miami in which a cyclist in his 20s died after being a struck by a vehicle after another driver cut off that motorist. In Palm Beach County, there was a cyclist flown to a nearby hospital in serious condition after being struck on Beach Road near U.S. 1. In Bradenton, a bicyclist was struck and killed trying to cross the street in a crosswalk when he was struck by a Jeep. And in Delray Beach, a prominent New York bank executive was killed after being struck by a vehicle as she road in the bike lane on State Road A1A in Highland Beach.

All of this backs Florida’s reputation as the No. 1 most dangerous place for bicyclists in the country. But even in light of all this, there is evidence the situation may be improving. That’s the assertion made by bicycle safety advocates writing a special feature in The News-Press.

The article explored the “Good News” about “What’s right about cycling and walking Southwest Florida.”

For starters, there are a number of new bicycling facilities across the county as an increasing number of neighborhoods are seeking to answer the demand to become more bicycle-friendly.

An example of what has come of this push in recent years are the new bicycle routes in Cape Coral. It’s 90 miles of interconnected routes, each with distinctive signage, kiosks that highlight local landmarks, information-packed maps and tips on activities in which to engage along the ride.

Meanwhile in Sanibel, a new path adds an addition 25 miles of shared-use biking/walking trails and eight miles of natural surface trails. Those are located within the new Pond Apple Park and Shipley Trail path. It was also announced that with two recently-issued grants, the city will be able to start breaking ground on the extension of two existing paths. One of those will extend where the “exit” of the “Ding Darling” path currently cuts off, and another will extend the path along Bowman’s Beach.

And speaking of grants, the county has recently been given a sizable one from the federal Transportation Investment Generating Economic Recovery program. With those funds, officials say they intend to address a number of gaps in the existing bicycle infrastructure in the county. Starting this year and extending through next, new bicycling and walking facilities will begin popping up along portions of San Carlos Park, Daniels Parkway, Six-Mile Cypress, Colonial Boulevard and throughout Florida Gulf Coast University’s campus.

The City of Fort Myers also recently received a grant from the Florida Department of Transportation, which will allow for a redesign of the whole U.S. 41 corridor from Victoria Avenue to Winkler Avenue.

Along Fort Myers Beach, there is a long-term project underway to bolster the bicycle pedestrian experience on Estero Boulevard.

In Bonita Springs, officials recently adopted a Complete Streets policy, meaning they have committed to ongoing improvements to make roadways friendlier for both pedestrians and bicyclists. Cape Coral and Fort Myers were already on board with the national initiative.

These are the kinds of changes that will encourage more bicyclists to take to the streets, but also will hopefully help to simultaneously reduce the number of bicycle accidents in Fort Myers and the greater Lee County area.