On Christmas night three years ago, two cars collided on a roadway in Largo, Florida, killing two men, critically injuring a third and seriously wounding a fourth. The at-fault driver, who lost control of his vehicle and swerved into oncoming traffic, was drunk, according to authorities. 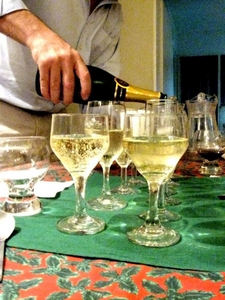 Right next to the crash scene was a memorial road sign that read, “Don’t Drink and Drive.” The sign was placed in memory of two teens killed in a crash almost exactly six years before – on Dec. 28, 2005. The driver at fault in that case also was drunk.

December is an especially dangerous time for motorists, pedestrians and bicyclists in Florida. We already have one of the highest rates of roadway fatalities in the country, particularly for those not traveling in traditional vehicles. Combine that with the fact that December brings a higher-than-average number of travelers and a greater incidence of drunken driving, and the statistics are inevitably bleak.

Our Fort Myers accident lawyers understand not only do the number of fatal crashes rise during this time of year, so too does the percentage of those where alcohol is a factor.

The National Highway Traffic Safety Association reports between 430 and 500 people in the U.S. die every year in holiday drunk driving crashes. The per-day count is far higher on Christmas Day and New Year’s Day than at any other point in the month.

These figures have generally remained consistent since the agency began tracking them in 1982. That means despite everything we know about drunk driving, it continues to be a serious problem around the holidays.

It doesn’t have to be this way.

In Florida, the AAA “Tow to Go” program is available statewide. That’s not true in many other parts of the country. But Florida drivers who are impaired have the option of calling for a free ride home for them and their vehicle, so long as their destination is within a 10-mile radius. Up to two passengers can be driven home, and the service is available both to members and non-members alike.

And of course, there are always taxi services. Although these will cost money, it’s far cheaper than the expense of a DUI, which averages about $10,000 for a first-time offense. That’s in addition to the maximum six-month jail penalty offenders could face. Bear in mind, if someone is seriously hurt or killed by your actions while you are drunk behind the wheel, you could find yourself facing the next 30 New Year’s Day celebrations behind bars.

The risk simply isn’t worth it.