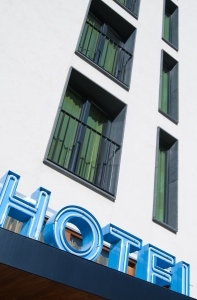 Businesses or even private property owners that provide lodging services owe a duty to guests to provide a safe environment. That means keeping rooms and common areas neat and free of foreseeable hazards, providing adequate lighting and security and ensuring all items provided for guest use are reasonably safe.

Even so, just because a person is injured while at a hotel doesn’t mean he or she is entitled to compensation. Premises liability laws are complex, and there are a number of factors that must be considered. One of those is the proper and timely identification of all defendants.

This was the problem for plaintiffs in the recent case of Parker v. Holiday Hospitality Franchising, Inc., before the Tennessee Supreme Court. Although this was an out-of-state case, our Fort Myers hotel injury lawyers recognize its applicability and significance to Lee County tourists.

Here, a man and his wife checked into a franchise hotel outside of Knoxville, and as was customary for them, immediately checked the bathroom. The husband was paraplegic, and required special accommodations. In checking the shower, they noted a gap between the shower bench and the wall. They called the front desk and requested another room. Hotel staffers told them no other handicap accessible rooms were available, but promised to fix the shower bench.

Later, when the couple left for dinner, a maintenance person went to the room to inspect and repair the shower bench. He didn’t note any loose bolts or other problems, but because a complaint was made, tightened the shower bench to the wall. He then pressed down on it, and found it did not bend or bow.

Before plaintiff took a shower, he again checked the bench and also found it seemed to be properly attached. However, as he sat to take a shower, the bench snapped off the wall and he fell hard to the floor, suffering serious injury to his tailbone and back.

He and his wife filed a lawsuit against the hotel owner, alleging negligence for failure to properly install the shower bench. The franchise owner denied liability, and raised a defense of comparative fault, asserting it was the builder who had negligently constructed/installed the shower bench, and concealed this fact with a layer of sheet rock. There was no way the hotel owner could have known the danger.

Plaintiffs responded by amending complaint to include the builders as named defendants. However, the court barred this action on the grounds the statute of limitations on the case had passed. (Florida plaintiffs have 4 years from the time of an injury or discovery of injury in which to file a personal injury lawsuit; in Tennessee, it’s just 1 year.)

The trial court agreed. An appellate court reversed, ruling it was a dispute of material fact as to whether defendant hotel owner had constructive notice of the defect (meaning he should have known about it and failed to take action). However, the state supreme court reversed, reinstating the trial court’s order for summary judgment. The high court ruled the undisputed facts showed no exception for the general rule that property owners aren’t vicariously liable for independent contractors’ negligence, and defendant had no constructive knowledge of the defect.

Had the plaintiff sooner named the builder as a defendant, he might have still been able to recover damages.