Florida is on the verge of implementing its first distracted driving law — one of the last state’s in the nation to do so. It’s going to come down to the decision of Gov. Rick Scott, as the bill sits on his desk awaiting his signature. 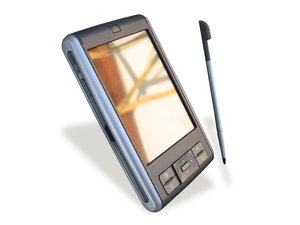 Florida is one of the only states in the country to allow drivers to talk on a cell phone and text message behind the wheel. With the passing of Senate Bill 52, police will now be allowed to use drivers’ cell phone records against them when texting causes an accident that results in death or personal injury, according to NBC News.

Republican Sen. Joe Negron of Stuart was the only one to vote against the bill.

Our Fort Myers car accident lawyers understand that there are close to 40 states that ban drivers from text messaging behind the wheel. Florida is not one of those states. Even though our nation is losing thousands of lives each and every year — more than 3,300 in 2011 — drivers are still permitted to take their attention off driving without the fear of legal action. Unfortunately, accidents that are caused by cell phone-using drivers are believed to be seriously underreported nationwide, according to officials with the National Safety Council (NSC).

“We believe the number of crashes involving cellphone use is much greater than what is being reported,” said Janet Foetscher, with the NSC.

One reason that officials believe that these causes aren’t being reported is because when an officer responds to an accident, he may have no reason to suspect distraction, according to NBC2. Another reason we hardly ever hear about these kinds of accidents is because drivers are hesitant to admit that it was their fault and that they were distracted when an accident happened.

For quite some time now, officials with the National Transportation Safety Board (NTSB) have urged states to enact laws that would stop drivers from using any kind of electronic device in the driver’s seat. These suggestions have fallen on deaf ears in the state of Florida.

Nearly 20 percent of injury crashes in 2010 were reported as distraction-affected crashes.

These kinds of accidents are completely preventable. There is never a legitimate reason to take your eyes off of the road. Although it may not be the law here in the state of Florida, we know right from wrong. We know to get out of the water when we see a shark — because we know it’s dangerous. And we know distracted driving is dangerous, so why do we still do it?

Step up and be that change you want to see. Put down the cell phone, turn off the text messaging devices and keep the distractions to a minimum.