Florida slip-and-fall accident claims may have lost some traction following the passage of a measure in 2010, which puts a greater burden of proof on plaintiff’s shoulders. 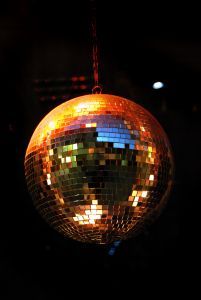 Fort Myers premises liability attorneys know that before the legal change, injured parties needed only to show that a dangerous condition existed and resulted in injury. Now, they must show that the business knew or should have known about the substance that caused the fall, and yet failed to take action to clean it up.

But this new requirement shouldn’t hinder plaintiffs who suffer serious injury as a result of a slip-and-fall. These cases are still being won, as we saw just recently in the case of Feris v. Club Country of Fort Walton Beach, Inc.

This case involves a slip-and-fall on a dance floor.

Here, the plaintiff asserts that he was an invitee on the premises. By establishing this standing, the plaintiff holds that the defendant owed a greater duty of care to him than, say, a trespasser.

The club apparently had a policy of not allowing patrons to carry drinks – alcoholic or otherwise – onto the dance floor, presumably because this could create a slip-and-fall hazard. However, this rule was not strictly enforced. There was no sign near the dance floor indicating that no drinks were allowed beyond a certain point. Staff members did not make a point to remove people from the dance floor with drinks in hand. In fact, two of the plaintiff’s witnesses who saw the fall were on the dance floor, drinks in hand, at the time of the incident.

The plaintiff alleges he was on the dance floor, near the speaker. A number of people placed their drinks onto that speaker when they wanted to continue dancing uninhibited. Near that speaker was apparently a puddle of what the plaintiff now suspects was alcohol, though he did not see it prior to his fall.

Several other patrons indicated, however, that they had seen it. The plaintiff did not have a drink in hand when he stepped onto the puddle, lost his balance and fell to the ground.

He was seriously hurt, and had to be helped off the dance floor. He believes the substance was alcohol because he says he hadn’t been drinking that night, and yet his clothing smelled of alcohol after the fall.

The plaintiff was unsure how long the substance had been on the floor at the time of his fall. Several witnesses indicated that shortly after the fall, an employee for the club walked over to the site and wiped the area dry.

Other witnesses said that “everyone” had drinks on the dance floor, and if the club did have a policy against such a practice, it was never enforced.

The trial court granted summary judgment in favor of the defendant, based on the fact that no one was able to say how long the substance had been on the ground, and therefore, the plaintiff couldn’t establish a reasonable case for a jury to conclude that the club had created or allowed a potentially dangerous condition to exist.

On appeal, however, Florida’s First District Court of Appeals sided with the plaintiff, who argued that if the club had a policy barring drinks on the dance floor, and that rule was not enforced in the room where the incident occurred, it created a genuine issue of fact that should be decided by a jury.

Numerous witnesses testified that it was routine for the business to allow patrons to carry drinks onto the dance floor. These witnesses, the appellate court ruled, could present sufficient circumstantial evidence from which a jury could conclude that the business allowed or caused a dangerous condition to exist with a certain degree of regularity. This would mean that the club knew or should have known of its existence.

The case will now move forward to trial.