A new report issued by advocacy group Smart Growth America indicates that not only are pedestrian deaths an “epidemic” in this country (more than 47,000 in the course of a decade), but the risk is higher in the South. Nowhere is it more deadly than in Florida. 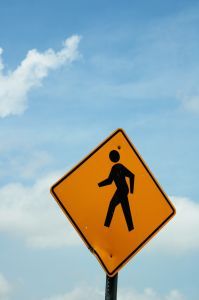 The report, the result of a collaboration among Smart Growth, the AARP, the National Complete Streets Coalition, America Walks and the American Society of Landscape Architects, analyzes dangers to pedestrians broken down by region, race, time, age and roadway characteristics. The study period stretched from 2003 through 2012.

Cape Coral pedestrian accident lawyers understand that in addition to the tens of thousands of recorded deaths, there were also 676,000 injuries resulting from vehicle-pedestrian crashes during the study period. That’s one person hit by a car every eight minutes in this country.

Although numerous national initiatives have focused on reduction of people who die in cars (and those efforts have resulted in a one-third reduction in motor vehicle deaths between 2003 and 2012), nowhere near the same kind of money or energy is expended on pedestrian safety.

This is especially concerning in Florida, which holds the top four spots in terms of the most dangerous metropolitan areas for pedestrians. Researchers tabulated the “pedestrian death index,” which is based on the share of people who walk compared with those who are killed doing so.

The No. 1 most dangerous metro area in the country was Orlando-Kissimmee, which had 583 pedestrian deaths and a PDI of 244 – four times higher than the national average.

The Miami-Fort Lauderdale-Pompano Beach region ranked No. 4, with 1,539 pedestrian deaths and a PDI of 145.

All the rest of the cities rounding out the Top 10 were in the South, save for Phoenix.

On a positive note, the report noted Florida officials haven’t been totally deaf to the situation. When the 2011 edition of Dangerous by Design was released, the numbers for the Sunshine State were equally grim.

In response, the state’s transportation secretary launched the Bicycle/Pedestrian Focused Initiative, which has grown to include 14 full-time pedestrian and bicycle safety specialists, two at each district office, who are dedicated to planning, design, policy and education. The state’s department of transportation also issued a Pedestrian and Bicycle Strategic Safety Plan in 2013, which listed comprehensive objectives and strategies aimed at improving safety of those who use alternative modes of transportation.

There have also been 26 metro areas and agencies that have adopted the Complete Streets model of roadway design, which strives to incorporate all street users – not just motor vehicle occupants.

Still, pedestrian safety continues to be a serious concern in Florida, and it disproportionately affects the elderly and minority populations.

Just recently, NBC-2 reported the death of an 84-year-old woman was struck and killed while trying to cross Hancock Bridge Parkway near Orange Grove Boulevard in North Fort Myers.

It’s imperative that efforts to reform safety not be set aside, and that we continue to support the safety and well-being of walkers.