There is no question Florida is a destination location. Every year, we have millions of visitors, snowbirds and others who are only here for a short time. Sometimes, these individuals are injured, and a personal injury lawsuit may be necessary. 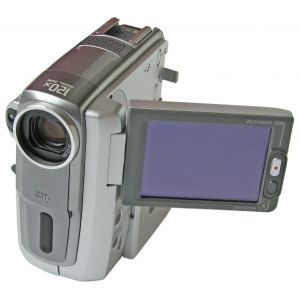 Matters can be complicated when it’s not feasible for a plaintiff to travel back-and-forth to South Florida every time there is a hearing or a request for deposition. There are many ways these complications can be mitigated, but it requires an experienced Fort Myers injury lawyer to ensure you are well-represented and you don’t miss any crucial requests. Failure to attend hearings, depositions or other proceedings without just cause can result in your case being extensively delayed or worse, dismissed.

One such tool of mitigation for out-of-state clients is Florida Rule of Civil Procedure 1.280(c). The statute covers “protective orders,” but not the kind sought for shielding one from violence. Instead, this kind of a protective order is intended to protect a party in a civil lawsuit from “annoyance, embarrassment, oppression or undue burden or expense that justice requires” in the course of the discovery phase of the trial. It can be argued that requiring an out-of-state plaintiff to travel back-and-forth to Florida for the purposes of depositions or hearings is an undue burden or expense, particularly when there may be other means by which the information can be obtained.

Such a request was recently made – and affirmed – in the case of Florida Highway Patrol v. Bejarno, reviewed by Florida’s First District Court of Appeal.

Here, the alleged victim was an active-duty U.S. Marine stationed in Okaloosa County when he contends he was struck by a Florida Highway Patrol trooper’s vehicle while walking along State Road 20. He suffered serious injury as a result of that crash.

The plaintiff was still a Florida resident when he filed the lawsuit against the FHP. However, a short time later, he was transferred by the Marines to a base in Southern California.

When it came time to complete his deposition (which is an interview of witnesses conducted by attorneys for both sides before the trial), the FHP scheduled an in-person deposition. The plaintiff responded with a motion for a protective order, citing the aforementioned statute. He indicated he would arrange and pay for a video deposition, but that traveling back to Florida for the interview would cause undue hardship for him at work and financially. He provided an affidavit and two exhibits that indicated good cause for his request, including the expense and distance in traveling, his involuntary transfer out-of-state and the burdens and expense such travel would create..

The motion was granted by the trial court, despite FHP’s objection, though the court did reserve for later review the question of whether the plaintiff would have to appear at all in Florida before the trial, as well as whether either party would be allowed to use any portion of that video for any purpose.

The FHP appealed the ruling, but the appellate court determined it resulted in no irreparable harm to the defendant.