The Florida Supreme Court recently took on the issue of third-party liability as it pertained to the serious injuries suffered by a bar patron in South Florida. 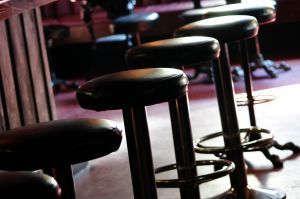 The victim was beaten mercilessly with a tomahawk by another bar patron, with whom he’d been drinking. The attacker went on to face criminal charges, and the victim is likely to suffer lifelong impairment, including nerve damage, blurred vision and constant pain.

But our Fort Myers personal injury lawyers note the lawsuit was filed against a former friend, who had stood by as the attack occurred, which raised questions that demanded the state supreme court’s review.

The case of Dorsey v. Reider is a good example of how even those without direct involvement in an assault or other criminal action may hold some degree of liability. For example, a bar could be sued for liability for damages incurred by an assault victim where it can be shown the establishment knew or should have known there would be a risk of violence and did not provide adequate security.

In this case, although the defendant had not thrown a single punch, the court found he was civilly liable because he owed a duty of care to his friend to avoid a situation that would create a foreseeable zone of risk. He breached this duty by creating a barrier to his friend’s escape from his attacker.

According to the facts and procedural history laid out in court records, the plaintiff brought the action against his former friend following the 2007 altercation in Pinecrest. The pair went to a local bar together, along with an acquaintance of the defendant (who would later be identified as the plaintiff’s attacker).

All three became legally intoxicated. At some point, witnesses say the defendant became belligerent, threatening to fight “everyone” in the establishment. After several minutes of this, the plaintiff told the defendant he was, “acting like an (expletive).” The plaintiff then stood up and walked out of the bar.

Not willing to let such a comment drop, the defendant and the acquaintance followed the plaintiff outside and trapped him between two vehicles – one of which happened to be a truck belonging to the defendant. A verbal argument escalated, with the defendant refusing to step aside to let the plaintiff pass.

Then, the acquaintance entered the defendant’s truck, pulled out a tomahawk (which the defendant possessed for work) and attacked the plaintiff. The defendant did nothing, but the two fled after it was over.

However, in its review, the Florida Supreme Court found that those facts were irrelevant. Even though the defendant did not act to physically harm the plaintiff himself, his actions in refusing to allow the plaintiff to escape were the basis for a third-party liability claim.