A program launched by the Federal Motor Carrier Safety Administration, designed to heighten accountability for carriers that repeatedly violate safety protocol, is drawing fire from two other top regulators for inaccuracy and general inefficiency. 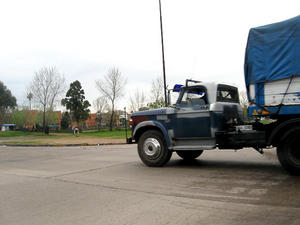 The Compliance, Safety, Accountability program was launched in July of last year, and scores carrier safety. Those with bad scores can suffer higher insurance rates and increased scrutiny by law enforcement and inspectors. They can also suffer a loss of business if other firms would rather not contract with companies that have a poor safety record.

This isn’t a bad thing. After all, truck carriers that don’t prioritize safety should face sanctions. The problem, according to recent audits by the Department of Transportation’s Office of the Inspector General and the Government Accountability Office, is that the data upon which these scores are based are inaccurate and incomplete.

Our Cape Coral accident attorneys know that the effect of this is that decent carriers (mostly smaller outfits) are unfairly sanctioned, while larger carriers that may be less safe have better scores and may evade the greater scrutiny they deserve. This helps no one.

The GAO report was first issued in early February, indicated that most of the problems with the program stem from poor data quality. The GAO is a proponent of the CSA’s core mission, which is to target unsafe carriers. However, when scores don’t accurately reflect potential danger, there is little chance they can effectively identify those carriers at highest risk for crashing in the future.

This means that a small carrier with no accidents might receive a worse CSA score than a larger carrier with multiple crashes.

The study went on to point out that:
–The information being used to score carriers was inconsistent, and this was due to variances in the enforcement and inspection policies that exist from state-to-state.
–Smaller carriers’ scores have the tendency to be more likely inflated by the methodology, because there is limited data available for them.
–Some of the data used for scoring is based on self-reported data, which is therefore subject to misleading, missing or inaccurate information.
-Many of the outlined violations aren’t violated enough to strongly associated with a crash risk. This is why nearly 600 out of 750 rules studied were violated by less than 1 percent of all carriers. (And we know the trucking industry isn’t that safe; approximately 125,000 crashes annually involve large trucks and buses, per the FMCSA.)
–There was a general lack of correlation between the scores and the occurrences of crashes. In a majority of cases, “high risk” carriers had never before had a crash.

Then there was the OIG audit, which was released this month. It was titled, “Actions Are Needed to Strengthen FMCSA’s Compliance, Safety, Accountability Program.”

The regulator cited the fact that while the FMCSA has improved the quality of its state-reported data, it hasn’t fully implemented planned improvements to the process that would shore up the accuracy of its data. What’s more, only 10 percent of states had fully implemented CSA enforcement interventions at the time of the study. Beyond that, the FMCSA has limited documentation proving that it adhered to information technology’s best practices.

The bottom line for drivers is that we still can’t count on federal regulators to ensure that bad truckers or bad trucking companies stay off the road.