College and pro football season are underway, bringing thousands of tailgaters to stadiums in some of Florida’s largest cities, and prompting millions more to host watch parties in their homes. 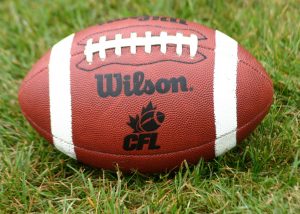 Mothers Against Drunk Driving has teamed up with the National Football League to encourage fans to designate a driver.

In recent years, some teams have begun to confront the alcohol culture of long tailgating parties in the parking lots of sporting arenas. The Buffalo Bills began tackling the issue several years ago by meeting with local law enforcement agencies and parking lot owners around the stadium, where much of the drinking among 31,000 fans was occurring, according to the Sporting News. Sporting News reported the Bills averaged roughly 30 fan arrests and 140 ejections per game in 2012. Those numbers dropped to an average of three arrests and a franchise-low 58 ejections for the 2015 season.

Injury attorneys in Fort Myers know justice and recovery following a drunk driving collision can be a medically and legally complex process. Because these collisions typically result in very serious or fatal injuries, identifying all of the responsible parties can be a critical factor in obtaining the damages victims deserve.

Those responsible for a drunk-driving crash may include:

Being a responsible party hosts means having plenty of food and non-alcoholic beverage options available. Designated drivers and alternative travel arrangements should be decided in advance of the celebration and alcohol service should be ended well before the conclusion of a gathering. By recognizing your obligations as a party host, tailgater, or fan, you can reduce the chances of being at fault for causing a tragedy while rooting for your favorite teams this football season.