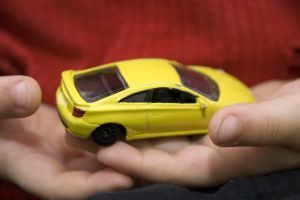 In some cases, the two overlap. But should one take priority?

In New York City, Mayor Bill de Blasio is making headlines for his assertion that, indeed, improving traffic safety should be where the most police resources are spent. His ambitious initiative to eliminate traffic deaths in the city has drawn praise – and a fair amount of criticism.

But as veteranwrongful death attorneyswe see those whose lives are forever changed by road violence. In that light, de Blasio’s plan makes perfect sense.

This amounts to about 268 violent crimes committed daily in Florida. Clearly, it’s a significant problem.

Now, let’s look at the number of Florida traffic crashes in 2011, as reported by the Florida Department of Transportation. That year, there were 228,000 traffic crashes, involving some 335,000 drivers. In those, 2,400 people were killed (which is 2.5 times more people than were killed by homicide in the state that year). The number of people injured was far higher: 181,600. The number of crashes that solely resulted in property damage was 108,000.

More than 7,000 crashes involved a pedestrian, injuring some 6,200 and killing nearly 500. About 5,000 involved bicycles, resulting in more than 4,600 injuries and 120 bicyclists killed (an increase of nearly 58 percent from just a year earlier).

When broken down into a day-by-day basis, there were approximately 625 crashes per day in Florida.

So when we start to talk about priorities, it makes sense that we might funnel more resources in traffic safety and collision prevention efforts.

Among the initiatives proposed by de Blasio:
–Widening parking lanes;
–Keeping delivery vehicles out of travel lanes while double-parked;
–Installing automated systems in taxicabs that would halt a meter if the driver is speeding;
–Reducing the citywide speed to 25 miles-per-hour, versus 35-miles-per-hour;
–Expansion of the speed-tracking and red-light-running cameras throughout the city;
–Allocating more police resources to traffic monitoring duties;
–Directing police agencies to devote more time to such measures, including focusing on jaywalking, speeding, failure to yield, improper turning and texting or talking on the phone while driving.