When an auto insurance company fails to provide fair, timely coverage to policy holders or others entitled to it, this is called “acting in bad faith.” It means the insurer did not act reasonably in the discharge of the fiduciary duty it owed, and when proven, can result in compensation that exceeds even the original limits of the policy. 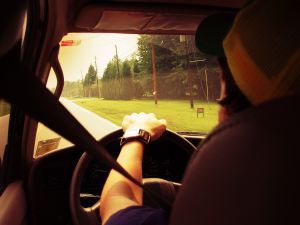 The hope is that by making the repercussions so severe for insurers who act in bad faith, there will be compelling reasons to treat insureds fairly. Of course, these are insurance companies we’re talking about, and the mantra at these institutions is almost always: Deny, Deny, Deny.

In the recent case of GEICO v. Paton, a woman had to fight her insurance company twice: First in a bid for adequate underinsured motorist coverage and then in a bad faith insurance action. She won in both cases, but the insurer still sought to avoid payment, by appealing on the grounds that the trial court in the bad faith action improperly weighed the excess verdict amount reached at the uninsured motorist trial.

Our Lehigh Acres car accident attorneys understand in the end, Florida’s Fourth District Court of Appeal upheld the verdict, finding insurer’s position weak based on the wording of the state’s bad faith law, the Florida Supreme Court’s take on first-party bad faith actions and the insurer’s failure to challenge the damage award after the first trial.

According to court records, plaintiff, a passenger, was injured in a crash due to the negligence of an underinsured driver. That driver’s insurance company had a policy limit of $10,000, which was paid without issue. The plaintiff’s mother also maintained an underinsured/uninsured motorist coverage policy with a $100,000 coverage limit (coincidentally with the same insurer as the undeirnsured driver).

The case went to trial, with the jury finding in favor of the plaintiff in the total amount of $469,250. The insurer did not appeal this verdict or file a motion for a new trial. The judgment was later reduced to the $100,000 UM policy limit, which the insurer paid.

Plaintiff then filed a new lawsuit for bad faith, specifically seeking prior to trial a finding that the excess verdict reached in the previous UM case was what she could recover in the bad faith claim. The insurer, however, sought to exclude all evidence from the UM trial, and argued plaintiff should have to prove her damages all over again in the bad faith trial. The trial court denied the insurer’s motions and granted those of the plaintiff.

A jury again found in favor of the plaintiff, awarding her the total sum of her excess damages, or the remaining $369,000 she wasn’t paid after the first trial due to the policy limit.

On appeal, the insurer argued the trial court erred in treating the damages finding at the first trial as conclusive evidence of plaintiff’s damages in the bad faith trial. The appellate court disagreed.

In its reasoning, the court cited Florida Statute 627.727(10), which provides that in a UM/UIM bad faith action, the total amount of damages recoverable shall include damages that are reasonably foreseeable as a result of violating good faith insurance laws, and may include an award or judgment that exceeds the policy limits.

As far as the insurer’s assertion that plaintiff should have to prove her damages twice – once at the UM trial and again during the bad faith trial – the 5th DCA said that this would be “such bad policy that we do not glean even a hint of its existence in any case the Supreme Court has decided in this area.”