In the event of a construction accident, an injured worker may first seek legal remedy through workers’ compensation benefits, which provide immediate financial relief for job-related accidents and illnesses. 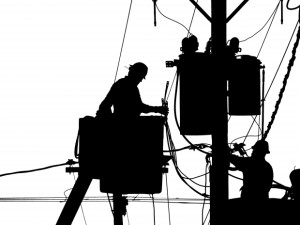 Beyond that, there may be additional relief to be secured through a third-party lawsuit. On a construction site, these claims may be directed against the property owner, the general contractor, a subcontractor or, as in the Texas Supreme Court case of Genie Industries, Inc. v. Matak, the manufacturer of a defective or malfunctioning machine or tool.

Product liability cases stemming from construction accident injuries can be complex. The equipment with which many construction professionals work is often inherently dangerous, even when used properly. This means plaintiffs have to show the equipment was unreasonably dangerous and there is a safer design alternative to accomplish the same goal.

Demonstrative of the fact that these cases can be complicated is that here, jurors reached a different conclusion than the judge who reversed the finding in favor of plaintiff. The state supreme court upheld that reversal.

According to court records, defendant is manufacturer of a wide variety of aerial lifts used around the world. An aerial lift is designed to raise a worker onto a platform to reach ceilings of high buildings or other tall places.

The particular model in question here is relatively small, narrower than a standard door width at its base, and stands on wheels with an enclosed platform at the top to hold a worker.

A warning located on the device indicated there was a tip-over hazard, and that attempting to move the lift while the platform was raised will cause the machine to fall over, possibly resulting in serious injury or death. The court stated even without that warning, the risk of this possibility is obvious.

At first, the workers used the machine as instructed, lowering the lift each time they sought to move the machine. But then a church employee suggested if the machine wasn’t lowered every time they wanted to move it, the work may go faster. With the lift still elevated and the jack raised just a few inches, the lift was rolled. The worker not inside the lift expressed reservations, but the church worker assured him he and others who used it did it “all the time.”

But what the other church workers did was move the lift with the worker still inside but the platform not raised.

In trying to follow the church worker’s instructions, the electrical workers moved the platform while raised with the worker inside. The lift suddenly tipped over and crashed to the floor. The worker inside died of brain injuries. His survivors sued the manufacturer of the lift for wrongful death caused by the construction site fall.

Jurors determined the lift had a design defect that rendered it unreasonably unsafe and there was a safer design alternative that would have prevented or significantly reduced the risk of the injury in question and that such design was economically feasible and reasonably achievable.

Justices noted product liability law doesn’t guarantee products are without risk, but they can’t be unreasonably dangerous. Defense argued plaintiff produced no evidence a safer alternative design existed or that the risk of an accident outweighs the utility of the product. Justices agreed.