Most car accident claims and lawsuits are settled before they ever get to the trial phase. Such settlements should be carefully crafted and reviewed by an experienced lawyer, or else plaintiffs may risk forfeiture of rights to further action against other defendants. 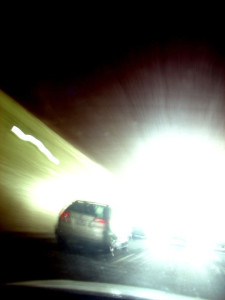 One common clause sometimes tucked into these agreements is the release of “all other claims that might develop.” This phrase can be especially troublesome because it could block legal action against other defendants – even if they have yet to be identified.

This was the situation in Gores v. Miller, a case recently before the South Dakota Supreme Court. Plaintiff was the conservator of a minor, just 15-years-old, who was injured in a crash as a passenger in a vehicle driven by a friend. In her settlement with the driver’s insurance company, she signed a general release for “all other claims that might develop.”

When she later tried to file a medical malpractice lawsuit against the doctor who treated her daughter after the crash, the doctor asserted the claim was barred by this general release. No where in the release was the doctor or clinic identified. Nonetheless, the release clearly stated, “all other claims.”

According to court records, the single-car crash occurred in July 2010. The driver was operating a van when he lost control. The teen girl suffered deep lacerations to her right arm.

She was treated by defendant doctor at the hospital. That treatment involved a procedure called excisional debridement, wherein the doctor removes dead tissue form the wound, and then closed the lacerations. A second debridement was conducted by the same doctor two weeks later. The girl continued to see this doctor until October of that year, when it was determined the arm was totally healed. She last saw the doctor that December.

Plaintiff’s mother, as her daughter’s conservator, asked the court for approval of a $25,000 settlement with the driver’s insurance company. The court acquiesced. Plaintiff also received $75,000 of a $100,000 underinsured motorist policy limit.

Three years later, plaintiff filed a lawsuit against the doctor and the clinic where her daughter was treated, alleging substandard care following the auto accident. Specifically, she stated the skin graft was done improperly and the girl wasn’t given good instructions on the right way to dress the wounds.

Defendant doctor and clinic moved for summary judgment, citing the general release in the earlier settlement.

The court concluded the release language was unambiguous, and therefore, the medical malpractice claims were discharged as a matter of contract. Defendants’ summary judgment motion was granted.

Plaintiff appealed, asking the South Dakota Supreme Court to decide if the release was intended to discharge these defendants, if these defendants were independent tortfeasors beyond the scope of the release and whether the lower court should have allowed plaintiffs more time to research the intent of involved parties.

The state supreme court affirmed, indicating that while the language of the release is broad, it’s clear. Plaintiff had specifically agreed to release all additional claims of any kind or nature whatsoever against all other persons for all injuries that had or might result form develop from or arise out of the car accident.

Because the doctor was treating the teen for injuries that occurred in the crash, the medical malpractice claim was for “suboptimal recovery,” because it was for the exact same injuries. Therefore, the release covered that treatment, and plaintiff claim was barred.