When a baby is born with a serious birth defect, families often face numerous challenges. Depending on the problem, the child may require surgery, medication, therapy or other treatments that could last a lifetime. 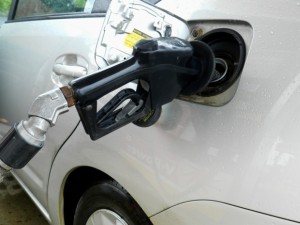 The majority of birth defects are genetic and probably unavoidable. However, there are some caused by someone’s negligence either during the mother’s pregnancy or in the course of the birthing process. Usually, that means liability on the part of the doctor, nurse or some other health care professional.

However, there may be instances when exposure to certain products is the culprit. In those instances, it may be possible to pursue legal action against the manufacturer or distributors of those products.

The March of Dimes estimates there are approximately 120,000 babies worldwide born with birth defects each year, and there are about 4,000 different types of known birth defects. Causes can be genetic, environmental or unknown. About 70 percent are unknown. Of those that are environmental, some identified sources are:

Where a mother-to-be was exposed to unreasonably dangerous products, a personal injury lawsuit may be an appropriate remedy. There may also be liability where the product manufacturer fails to warn about the potential consequences of exposure to an unborn child.

Proving causation in these claims can be challenging, particularly when there hasn’t been much in the way of independent studies validating a connection, let alone a cause-and-effect relationship.

These cases can be winnable, but your injury lawyer needs to be connected with top industry experts in order to lay the foundation of your claim. Courts will not simply take the word of an expert. They will want to see established proof based on reliable scientific methods.

This was the error that occurred in the recent case of Sean R. v. BMW of N. Am., LLC, before the New York Court of Appeals.

Plaintiff was born with severe mental and physical disabilities in 1992. Four years earlier, his father had purchased a new BMW 525i for his wife. She was the only person who drove it, and she used it mostly for basic errands.

In the spring of 1991, she started to notice an odor of gasoline in the vehicle. It came and went, she said, and she could generally tolerate it so long as the windows were down. Other times, however, the vapors were so intense, she suffered dizziness, headaches and throat irritation. She wasn’t the only one who noticed. Other family members remarked on it whenever they were in the vehicle, and some said it made them nauseous and dizzy too.

When the couple started to notice the smell in their home from the attached garage, they took it in for repairs. However, the repair shop couldn’t find the problem and no repairs were made. Plaintiff kept driving the vehicle, despite the awful odor. That summer, she became pregnant with plaintiff. Her husband took the vehicle back to the repair shop in November, at which time they found fuel leakage into the engine compartment that was caused by a split fuel hose. By then, plaintiff had driven some 6,500 miles and eight months – about four of those when she was pregnant with plaintiff.

Two years after that, BMW issued a recall of that vehicle, due to defective feed fuel hoses.

Plaintiff filed personal injury action in 2008 against defendants including the manufacturer, the manufacturer parent company and the repair shop. It was alleged negligence in making a defective vehicle plus the repair shop’s failure to timely identify and fix it caused his in utero injuries by toxic gasoline vapor.

Plaintiff identified several expert witnesses to support his case. However, two of those who presented evidence of causation were challenged by defense for not using accepted methodologies. The trial court granted their request and that decision was upheld by the higher courts.

The problem was plaintiff witnesses failed to present methodology that, when properly performed, generated results accepted as reliable in the scientific community.