Unfortunately, many drivers think that the solution to the distracted driving problem is to turn to hands-free devices. According to recent studies, that method is no safer. 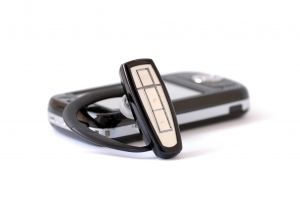 That’s why officials have release a white paper, “Understanding the distracted brain: Why driving while talking on hands-free phones is risky behavior.” It’s providing drivers with an in-depth look into why hands-free cell phone use is just as dangerous.

It’s also being used to help to provide background and context for lawmakers and employers considering legislation and policies.

Here’s the cold, hard truth: Car accidents continue to be a top killer of Americans. Our Naples car accident lawyers know that motor vehicle crashes are the number one cause of work-related fatalities. In addition to the thousands of fatalities, many more suffer serious life-changing injuries in car accidents each year. There were more than 2.2 million injuries resulting from vehicle crashes in 2010.

Cell phones seem to be more of a serious problem on our roadways even though texting behind the wheel is more dangerous. According to the NSC, an estimated minimum of 160,000 accidents involved texting or emailing happened in 2010, versus 1.1 million crashes involving drivers talking on cell phones. Virtually all of these accidents could have been prevented.

Why haven’t tougher laws been passed to ban these behaviors?

-Unfortunately, almost all legislation focuses on prohibiting hand-held phones or only text messaging. Lawmakers are not understanding that hands-free usage is just as dangerous.

-All state laws and most employer policies allow hands-free cell phone use. According to recent studies, your risks are the same with hand-held and hands-free devices.

It’s important to remember that we all can’t multi-task as well as we think. The brain isn’t designed to do so. Brains can juggle tasks very rapidly, which leads us to erroneously believe we are doing two tasks at the same time. In reality, the brain is switching attention between tasks – performing only one task at a time.

When you’re behind the wheel, it’s important that all of your attention is on the task at hand — driving. Your safety and your well-being relies on it. Florida law may not require you to put down the phone or the text messaging device when you’re in the driver’s seat, but you know right from wrong. When you text or talk on the phone behind the wheel, not only are you putting your own life at risk, but you’re risking the lives of others.