According to a newly-released study from the National Highway Traffic Safety Administration (NHTSA), American drivers are still using electronic devices behind the wheel — and it’s compromising the safety of everyone out there.

Even with the new information officials have released — news about the risks involving accidents, injuries and death — drivers are still continuing this dangerous driving habit. 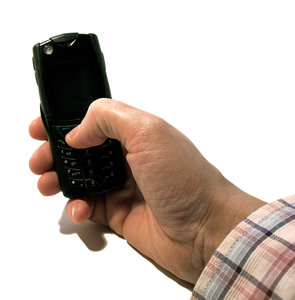 Safe driving advocates aren’t ready to throw in the towel. They’re releasing this new data to coincide with National Distracted Driving Awareness Month, which we recently discussed on our Florida Injury Lawyer Blog.

In the new data, drivers get a fresh look at the dangerous and alarming statistics. Researchers included numbers from the 2012 Distracted Driving Attitudes and Behaviors Survey, the 2011 Distraction Fatality Analysis Reporting System (FARS) as well as the 2011 National Occupant Protection Use Survey on Driver Electronics Use. Our Fort Myers car accident lawyers understand that, at any given moment, there are close to 1 million drivers who are on their cell phone or using an electronic device behind the wheel. That’s a number that’s been steadily on the rise since 2010. Looking at the most recent NHTSA accident information, there were close to 3,500 people who were killed in an accident that involved a distracted driver. Close to 400,000 people were injured in these accidents as well.

“Powering down your cell phone when you’re behind the wheel can save lives – maybe even your own,” said Ray LaHood with the USDOT.

Officials with the NHTSA have released these startling statistics in the first issue of “Safety 1n Numb3rs.”

-Close to half of all drivers report that they answer the phone while driving.

-About a quarter of all drivers say that they place phone calls in the driver’s seat.

-Less than half of drivers say that they never make calls while they’re driving.

When you take those findings and understand that there are more than 210 million licensed drivers in the U.S., that means that more than 100 million are answering calls behind the wheel and about 50 million are making calls. When you break that all down, more than 660,000 drivers, at any given moment, are using a cell phone in some way while in the driver’s seat.

Until we can get drivers off the phone, there’s no telling how many more thousands of lives we’re going to lose. The problem isn’t that drivers don’t understand the dangers that are associated, it’s just that they’re not willing to hang up the phone. Many drivers believe that they’re skilled enough to handle more than one task behind the wheel. And that’s not possible. Our brains are wired to handle driving or cell phone use.

Hang up, pay attention and save lives.