A Texas jury has found the manufacturer of highway guardrails guilty of secretly altering system designs in order to save money, at the risk of putting drivers and passengers at grave risk of injury and death. 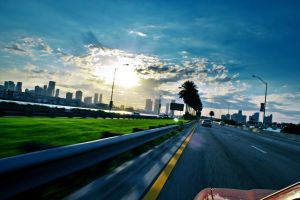 In a lawsuit brought under the False Claims Act by a competitor, it was found the company made changes to the end pieces of steel on the rails made from 2002 to 2005 without notifying the Federal Highway Administration (FHWA) as mandated. The move saved the company about $2 per rail, but also resulted in making the guardrails potentially dangerous. Rather than acting as a shock absorber, the guardrails effectively became spears, slicing through the length of vehicles, killing and maiming those inside.

The jury ordered the company, Trinity Industries, to pay $175 million for defrauding the government. Under federal statutes, that amount will be tripled to $525 million, to be split between the government and the whistleblower.

In addition to the federal case, at least 14 other lawsuits have been filed against the firm, alleging the rails were unsafe and caused at least five deaths and dozens of injuries. Some attorneys have put the actual figure much higher.

Our Punta Gorda accident attorneys understand this has moved a number of state traffic safety officials to action.

In Missouri, transportation officials banned further installation of the devices as of September. Nevada halted its purchases of the rail heads in January, followed shortly thereafter by Massachusetts. And in Virginia, the state actually has plans to remove Trinity guardrail systems altogether. The governor has said he will seek reimbursement from the firm to do so.

The company itself has taken the step of stopping any more sales of the system after the FHWA requested additional crash tests. The federal agency had threatened to suspend the devices sales if the company didn’t undertake the initiative voluntarily.

Still, the firm denies that its products are unsafe. It reportedly plans to appeal the trial verdict. Company executives say the failure to report the changes was an oversight, and the new designs do meet federal safety criteria.

Those with pending lawsuits say otherwise. One is a 37-year-old retired U.S. Marine who lost both legs in a wreck last January. His complaint asserts the guardrails produced and sold by Trinity entered the floorboard of his vehicle, impaled him and caused him to lose both legs. Plaintiff alleges the rails are unreasonably dangerous.

Internal documents from the FHWA indicate at least one engineer had concerns regarding the safety of the devices back in 2012, indicating there seemed to be a “valid question over the field performance.” In another e-mail, that same individual stated to his colleagues that it was difficult to ignore the fatal results of the devices. However, he ultimately approved the designs for continued use anyway.

The rails are installed on highways in almost every state in the country. Concerns about their safety come at a time when federal safety regulators are under a microscope for their allegedly inadequate oversight of automobile companies. Namely, there is the General Motors ignition switch defect that has been linked to two dozen deaths, as well as the Takata airbag malfunctions connected to at least 30 deaths and more than 40 injuries. Both instances resulted in the recall of millions of vehicles both in the U.S. and across the globe.