It’s bad enough to get into an accident. But it’s even worse when you’re involved in an accident with a hit-and-run driver. According to officials with the Florida Department of Highway Safety and Motor Vehicles (DHSMV), law enforcement officers throughout the state are teaming up and working to help raise awareness and educate motorists about this problem and about what to do in the event of one of these tragedies. 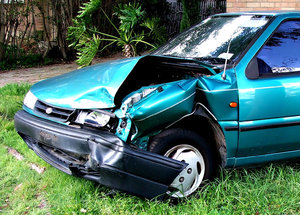 Our Fort Myers personal injury attorneys understand that there were more than 70,000 hit-and-run car accidents in the state of Florida last year. These accidents can leave victims without any insurance to help cover the damages and no justice brought upon the culprits. In many cases, a motorist must pursue a claim through the uninsured motorist coverage of his own insurance policy.

Authorities do not forgive and forget. You can see on the map of Active Hit & Run Cases that law enforcement officials aren’t stopping until they find the fleeing drivers.

Do you know what to do in the event of an accident? You want to make sure that you get all of the information you can and that everyone is okay. Traffic collisions are going to occur. It’s how we deal with them that’s going to help the outcome. Stay calm and consider the following.

Remain calm and stay at the scene.

Attain all information you can. Get driver, witness and vehicle information.

Help anyone who was injured in the accident.

You might think it could never happen to you, but that’s entirely not the case. In 2012, there were 168 hit-and-run fatalities reported in the state of Florida. That’s 6 more than were reported the previous. Overall, there were close to 70,000 hit-and-run accidents reported throughout the entire year. What makes it even more alarming is that 3 out of every 5 fatalities that were recorded in 2012 were pedestrians who were involved in a hit-and-run accident.

If you or someone you love has been involved in a traffic accident, call Associates and Bruce L. Scheiner, Attorneys for the Injured, for a free and confidential consultation to discuss your rights. Call 1-800-283-2900.