Dogs can be our best friends – but also the source of legal liability if they bite someone undeserving. 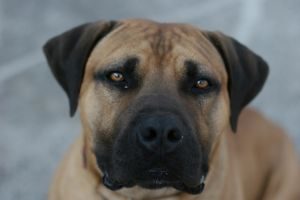 Florida law establishes a system of strict liability when it comes to the responsibility of the owner to cover damages caused when their dog bites someone – even if the dog had never bitten anyone else before or previously showed aggression or viciousness. However, with landlords, it is a bit different.

You may have noticed that some landlords are reluctant to rent to tenants who have dogs – or certain types of dogs – and that is due to concern that if the dog injures somebody, the landlord could be found legally responsible. However, it’s not as cut-and-dried as it is for the dog owner.

Landlords may have a duty to tenants to protect them from a dog who is vicious when the landlord has knowledge of that viciousness (see White v. Whitworth). In another case, the 4th DCA held landlords could be responsible for injury caused by a tenant’s dog if landlord knows the dog is vicious and also maintains a sufficient degree of control over the property to protect plaintiff. Further, if the lease agreement includes rules that are specific to the prohibition of certain breeds of dogs, landlords could be liable for failing to enforce that rule if it can be shown the landlord knew or should have known dogs of those breeds resided on site (see Ramirez v. M.L. Management Co., Inc.). In that case, landlord had a rule against pit bulls on site but failed to evict a tenant, even knowing tenant owned a pit bull kept on site. When the dog attacked a child on an adjacent property, landlord was held liable.

There are of course exceptions, such as when the victim is a trespasser.

Recently, the Idaho Supreme Court grappled with a dog bite injury case that involved landlord liability, siding in that instance in favor of the landlord.

The apartment in question was rented by the owner via a property management company, who queried the tenant about dog ownership. Tenant indicated he had a dog, but even after a brief interview with the previous landlord, no dog issue concerns arose, and tenant moved in. Six years later, a debt collector went to tenant’s home to collect a debt, and the dog lunged at her, biting and causing her injury.

Plaintiff sued the tenant/ dog owner, and obtained a default judgment for $25,000. However, she also sued the landlord, who moved for summary judgment, which the court awarded. Plaintiff had claimed landlord should be held accountable via the negligence per se law, but the court did not find evidence of a statutory violation. Specifically, there was no evidence that the dog was vicious prior to the attack, as it had never previously bitten, attacked or wounded anyone. It would be only in this circumstance – and wherein landlord knew about it and failed to act – that there would be a statutory violation.

Further, the lease made it clear the tenant was responsible for his/ her own dog. Mere possession of property on which animal is kept – even when the third party has permission to keep it – is not enough to make the possessor of that land liable.

These cases can be more complex than meets the eye, but there is often much at stake. Dog bites can result in serious and lasting injuries. Our injury lawyers can help you weigh your legal options and determine the best course of action.