During a recent Dog Bite Prevention awareness effort, Lee County Animal Control officials noted there are approximately 1,400 animal bite cases annually – and those are only the incidents for which individuals seek hospitalization. 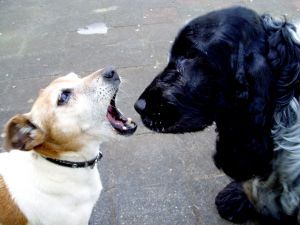 Lehigh Acres dog bite attorneys note that 8 out of 10 of those victims are 13 or younger, and nearly all know the dog and have interacted with it regularly prior to the incident. Dog bite injuries are usually covered under homeowner’s insurance. However, insurance firms will seek to minimize their liability if possible, so a court battle sometimes ensues.

Such was the case recently in Maddox v. Florida Farm Bureau, where a mother in Brevard fought to claim the full $100,000 policy limit for injuries she sustained when her boyfriend’s dog bit her. The issue was that her son had sustained dog bite injuries from the same animal moments earlier. The insurance company had awarded the full $100,000 policy limit to the child, and argued the mother’s injuries were part of the same “occurrence.”

The trial court agreed, but that ruling was reversed on appeal.

Here’s what happened, according to court records:

The mother was at the home of her live-in boyfriend with her two young sons. As she was in another room dressing one son, she heard her other son screaming. She and her boyfriend raced to the spare bedroom, where they found one of the dogs biting her son on the face. Both adults struggled with the dog, but finally got it to release the boy.

Moments later, the dog turned on the boy’s mother, biting her in the face as well. Both sustained injuries as a result of the incident.

The boyfriend’s personal liability coverage was limited to $100,000 for each “occurrence,” which was defined to mean “an accident, including continuous or repeated exposure to substantially the same general harmful conditions, which results in bodily injury or property damage.”

The mother filed a complaint against her boyfriend seeking damages sustained by both her and her son. Subsequently, the insurance company filed a complaint for declaratory relief against both mother and boyfriend, alleging it was not liable to pay any damages to the mother, following the $100,000 payout to cover the son’s injuries. The complaint also sought to classify what happened as a single “occurrence.” The trial court agreed.

However, the appellate court reversed. In the absence of specific insurance policy language to the contrary, the Florida Supreme Court has historically adopted the “cause theory.” This theory analyzes the cause of the injury in determining the number of “occurrences” in a policy. This was determined in the 2003 ruling of Koikos v. Travelers Ins. Co. The court held this theory was applicable because the insurance policy contained no explicit language to the contrary.

In Travelers, the court held that numerous injuries sustained by a single gunman firing multiple shots at a hosted party shouldn’t be considered the result of a single incident solely because of the close proximity in time and space of the individual shots fired.

The Fifth District noted that ambiguous provisions should be construed against the insurer. In this case, it means each uninterrupted attack constitutes a separate dog bite.

The appellate court did, however, grant declaratory relief to the insurance firm on the denial of damages for intentional infliction of emotional distress.