Most horse owners and caretakers do their best to properly restrain and confine horses and livestock. These animals are expensive to purchase and maintain and for many people, they are also beloved pets. 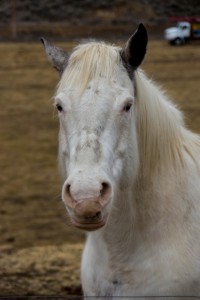 However, if these animals do make their way onto a public road, they put the public at serious risk of injury or death. The average horse weighs between 840 to 1,210 pounds, and the average cow weighs nearly a ton. Striking an animal that size – even at a relatively low speed – can result in major damage to one’s vehicle and person.

In these situations, who is responsible? Injury victims may have several options, depending on the circumstances. But in the recent case of Manfre v. Shinkle, Florida’s Fifth District Court of Appeal determined plaintiff couldn’t hold the local sheriff’s office accountable.

According to court records, plaintiff was traveling in her vehicle in a rural part of Flagler County when, at about 45 mph, she struck a dead horse, lying in the roadway. As a result of her collision with the animal, her vehicle flipped over and landed on its roof. Plaintiff suffered severe injuries.

She subsequently filed a lawsuit against the local sheriff in his official capacity. In her filing, she noted that approximately one-half hour before her crash, the local sheriff’s office received a call reporting two horses roaming the side of the road.

A deputy responded to the location and then watched as the horses fled up a driveway toward a residence and then went back to what appeared to the be the pasture. There were indications the lights on the patrol car probably spooked the horses. The deputy did not get out of his vehicle and he cleared the call without making contact with the owner.

Soon thereafter, one of the horses apparently got back out of the pasture enclosure and onto the road, where it was struck and killed by a motorist who did not stop at the scene. The animal was still in the roadway when plaintiff approached.

Plaintiff alleged the sheriff and deputy owed a duty of care to all those on the road, and the deputy had breached that duty by not contacting the presumed owners of the horses to make sure the horses wouldn’t get back on the roadway.

The case went to a jury, and jurors decided the personal injury lawsuit in plaintiff’s favor.

Sheriff appealed the case, and alleged he did not owe a duty of care – either statutory or common law – to plaintiff, and therefore could not be held liable for her injuries.

Trial court agreed with sheriff, finding the agency did not in fact owe plaintiff a duty of care. Law enforcement agencies enforce laws and protect all citizens and thus have a duty of care to the public as a whole – but not to individuals, such as plaintiff.

The verdict was reversed and the case remanded for judgment in favor of the sheriff.

Plaintiff at this point may consider – if she hasn’t already – taking action against the owner of the horses. Plaintiff would have to show the owner was negligent in maintaining the horse’s on the property, which would likely require evidence of actual or constructive knowledge the property owner was aware the gate was open.