Sidewalks are intended to be a place where pedestrians can safely traverse without fear of stepping into the path of an oncoming car or bicyclist. 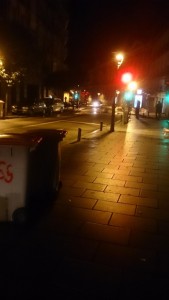 But there are still hazards. Vehicles backing out. Vehicles careening off the road. Beyond that, the walking surface itself has the potential to be dangerous if it is not kept in acceptable condition, with tree roots or other defects resulting in cracks, uneven surfaces and protrusions.

In the event a Fort Myers sidewalk fall results in injury, plaintiffs may have a couple options. The first is to ascertain whose responsibility it was to maintain the sidewalk.

F.S. 335.0415(1) holds that local government entities have jurisdiction of public roads and the responsibility for operation and maintenance within the right-of-way of any road. However, individual municipalities have authority to impose sidewalk maintenance duties on individual homeowners and other property owners whose land abuts the walkway.

This was the assertion in a recent case out of New York (which allows for similar ordinances). In the case of Sangaray v. West River Assocs., plaintiff alleged he tripped and fell when his right toe caught on a raised portion of a New York City public sidewalk.

That sidewalk ran in front of a property owned by defendants, who are private property owners. Plaintiff filed a personal injury lawsuit against the property owners, alleging negligence. In his lawsuit, he cited a portion of the city ordinance that indicates it is the duty of the owner of real property abutting any sidewalk to maintain that sidewalk in reasonably safe condition.

But one of the defendants countered that it was not liable for plaintiff’s damages because the portion of raised sidewalk where his toe actually caught was in front of another property owner’s building.

Plaintiff countered by pointing to a part of the statute that indicated property owners abutting the sidewalk and/or the intersection quadrant for corner property could be liable, and this could extent to negligent failure to repair or replace defective sidewalk squares. The square on which plaintiff tripped was in front of both defendants’ property, even if the actual defect was only on one side.

The other defendant also opposed the summary judgment motion, indicating that 92 percent of the defective sidewalk square was actually on the side of the other property, even if the actual defect was not.

Still, the trial court granted summary judgment as requested, and that decision was affirmed by the appellate division. The reasoning was that the property owner wasn’t responsible for maintenance of the portion of sidewalk that wasn’t directly in front of the building.

The Court of Appeals, however, reversed. The fact that a neighboring property owner didn’t own the site directly behind the defective sidewalk in question “does not foreclose the possibility” of liability when failure to engage in the statutory duty to maintain the sidewalk in reasonably safe condition was a potentially proximate cause of plaintiff’s injury. Had the property owner maintained the sidewalk, it would have meant fixing that whole square.

Because there was still a question of fact as to whether defendant owed a duty to fix that particular slab. If so, breach of that duty made the company liable for plaintiff’s injuries.