When you entrust your child to someone’s care, you are trusting that they will care for the child as their own – or at the very least, as basic standards require. 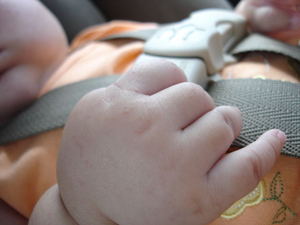 Unfortunately, our Lehigh Acres child injury lawyers know that child-care facilities and home day care centers are prone to lapses. There have been numerous instances wherein these lapses have resulted in serious injuries, or tragic death.

For example, a recent case out of Bradenton involved a 4-month-old infant who died while in daycare. Upon further investigation by the Florida Department of Children and Families, it was revealed a day care worker had tested positive for cocaine and marijuana. Additionally, surveillance footage unveiled several licensing violations. And while the daycare workers said the infant was fed and placed in a crib to sleep on her side, surveillance footage showed that in fact, the child was put in a bouncy swing with a prop for the infant to feed herself. The child was then put in the crib, on her stomach, without being burped. The child was seen in the video kicking her legs and trying to lift her head. Within two hours, she was unresponsive and declared dead. An investigation is ongoing.

Other instances abound. In South Dakota, the state supreme court recently weighed the issue of liability for two caregivers after a girl died from “positional asphyxiation” while in her car seat.

According to court records, the girl’s parents had asked a recent high school graduate to care for their 10-month-old daughter for the better part of the afternoon. The child was brought to the babysitter’s home, which she shared with her mother and mother’s boyfriend.

Everything was fine until around 4 p.m., when the mother’s boyfriend stopped into the home to watch television in between roofing jobs. During this time, a friend of the babysitter’s also stopped by to visit. During this stretch, the babysitter indicated the infant began to cry, and she was unable to console her.

The babysitter would later say that while she trusted her mother’s boyfriend to give her good advice, at no point was he ever “in charge” of caring for the child that day.

The mother’s boyfriend said he knew that because of the infant’s age, she could not be left alone for long stretches and that she should be checked on while sleeping in the bedroom.

The mother’s boyfriend and the babysitter’s friend left around 5 p.m., around which time the babysitter heard a loud thud coming from the bedroom. She went in to check on the child, and found the car seat had tipped over, and the girl appeared lifeless. The bottom buckle was not properly latched, and the child’s slipped forward, her neck catching on the upper strap. She had suffocated.

The child’s estate appealed, arguing the mother’s boyfriend had influence over the babysitter, and she deferred to him in providing care. The estate indicated the man had asserted affirmative interference in the child’s care, and therefore had a legal duty to provide reasonable care for the girl.

The state supreme court, however, affirmed the summary judgment issued by the trial court.

In child care injury or wrongful death cases, it’s important to establish that the cause of the injury was due to the caretaker’s actions or inaction, and that the risk of serious injury was foreseeable.

If your child has been hurt in a daycare setting, whether a private or commercial provider, contact us today to learn more about how we can help.