Our Fort Myers bicycle accident lawyers have written extensively in recent months regarding how poorly Florida has ranked in terms of bicycle and pedestrian safety. 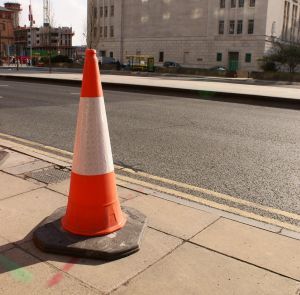 Much of this has to do with the way our roads were designed. But as the recent case of Madden v. City of Iowa City reveals, bicycle accidents can often be traced to the way roads and other public thoroughfares are maintained – or rather, how they aren’t maintained.

In this case, a bicyclist was injured when she crashed her bike while riding on a sidewalk abutting the grounds of a public university. The sidewalk was reportedly cracked and uneven, which is what caused her to tumble. She filed a negligence action against the city, and in turn, the city sought to join the state as a third-party defendant.

Determining liability in such instances isn’t always a straightforward matter. A 2008 legal advisory opinion issued from the Florida Attorney General’s Office indicating that jurisdiction – and responsibility for maintenance – of public roads and right-of-ways will remain whatever ownership existed as of the summer of 1995, absent a legal transfer of jurisdiction by mutual agreement.

These issues are further addressed in the 2001 decision of Broward County v. City of Sunrise, Florida, a ruling the state attorneys’ office cites. In that case, it was held that the owner of the property is not necessarily the entity responsible for repair. Rather, plaintiffs need to determine which government entity holds jurisdiction.

In the Madden case, the plaintiff, who had suffered extensive injuries as a result of her bicycle crash, filed a lawsuit against the city alleging negligence for failure to maintain the sidewalk in a safe condition. She also alleged the city failed to warn about the defect in the sidewalk, or in otherwise exercising reasonable care in maintaining it.

The city requested the state be added as a third-party defendant because a local ordinance required landowners to maintain abutting sidewalks.

The city’s motion was granted, and the state moved to dismiss a cross motion asserting entitlement to contribution. The motion was denied, with the district court finding the city had presented a valid claim of contribution because the city ordinance was sufficient to impose liability on the state. The ordinance, the court determined, existed in harmony with state codes.

The state supreme court noted that it’s been widely held as a common law standard that abutting property owners were not liable for injury resulting from defective sidewalks. This was upheld in a series of decisions nationwide, including Sexton v. Brooks in California in 1952, Mendoza v. White Stores, Inc. in Colorado in 1971, Major v. Frazier in Nevada in 1962 and several others.

However, some exceptions began to arise, including the one established in Del Rio v. City of Hialeah in Florida in 2005. That ruling held that where property owners abutting the sidewalk contributed to or caused the dangerous condition that caused the injury, they could be liable.

In the Madden case, the state supreme court affirmed the trial and appellate court’s ruling, finding the state, too, shared responsibility for the sidewalk defect that caused the cyclist to crash and suffer injury.