A federal law called the “Graves Amendment” was passed several years ago at the behest of the rental car industry, seeking to eliminate liability for the wrongdoing of customers who rented their vehicles. Prior to that, virtually all owners of vehicles could be held vicariously liable for damages resulting from negligent use of that vehicle. 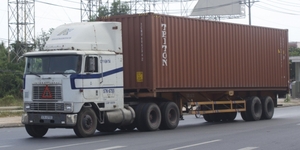 While the Graves Amendment was intended to ease the burden on the rental car industry, it has been increasingly used by the trucking industry to attempt to limit liability by owners of tractors and trailers. Because of the way the industry is structured, the owner of a large truck is not necessarily the same as the owner of the trailer and is not necessarily the employer of the driver. In fact, a fragmented structure is the norm.

The good news is legislators have recognized the public must be protected in the event of a collision with a large truck. Laws have been written in such a way that courts’ interpretations of them have limited the reprieve – if any – trucking companies can receive under Graves.

A recent example of this was seen in the California appellate caseVargas v. FMI, Inc. The case slightly differs from other truck accident cases in that the injury central to the claim was made by a co-driver, who was sleeping in the berth at the time of the crash, as opposed to a third-party driver.

According to court records, the team of two drivers had been hired to drive the haul from California to New Jersey. Four hours into the drive, one of the drivers nodded off at the wheel, lost control of the vehicle, causing it to roll over, resulting in serious injury to the co-driver, who had been sleeping in the berth.

Plaintiff appealed, contending as a federally licensed motor carrier, the owner of the trailer had a nondelegable duty of care and was vicariously liable for driver’s negligence, and further, the tractor owner was liable for driver’s actions because driver was a permissive user. The tractor owner countered driver was an independent contractor, and thus it was not liable.

The California Court of Appeals for the Second District reversed, finding federal law requires motor carriers using leased vehicles to be responsible for such vehicles, per 49 U.S.C. Section 14102. The specific purpose of this statute is to protect the public from the tortious conduct of the “often judgement-proof truck lessor operations.”

Further, the appellate court ruled defendants had not established as a matter of undisputed fact they are entitled to protection under the Graves Amendment.

Our Fort Myers truck accident lawyers recognize defendants may still potentially argue it at trial, but they will have to overcome the obligations as set forth in 49 U.S.C. Section 14102.

Other courts, such as those in New York (in Stratton v. Wallace) have held Graves is not applicable to lessors of commercial trucks.