In Florida, it is possible to be largely to blame for one’s own injuries, and still collect damages from another party. 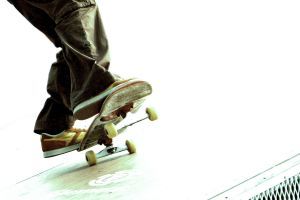 At first blush, this might seem unfair. But it’s worth pointing out one person’s negligent actions do not negate those of another – even if the latter contributed to the former’s injuries to a lesser degree. In a comparative fault system, each individual is only responsible for damages connected to his or her own actions. So if a person is 20 percent at fault, he or she will pay 20 percent of the damages.

This is a model that upholds personal responsibility, and does not bar those who incurred serious injury from seeking compensation for negligence simply because they played some role in what happened.

Our Punta Gorda personal injury lawyers note one recent case where comparative fault allowed a catastrophically injured 11-year-old boy was able to secure $22.7 million for the lifelong care he will need, following a pedestrian crash near his home.

The auto negligence case, Mosley v. Lloyd, was recently decided in a 17th Judicial Circuit Court in Broward. The crash occurred in November 2008, when the boy was playing with a skateboard alternately on the sidewalk and the street in Fort Lauderdale. Suddenly, a vehicle careened toward him. Not once did the driver brake, swerve or take other evasive action before striking the child.

Some 20 people watched as the Chevrolet Suburban made impact and threw the child approximately 100 feet. The result was devastating. The child’s aorta was ruptured, which as a result cut off the blood supply to his brain, causing permanent damage classified as “severe.” He has minimal language. He has trouble eating and swallowing. He communicates with a machine. He has become aggressive and suffers behavioral problems that have resulted in his being removed from classes. Additionally, he suffered damage to his kidneys, and they no longer regulate his body functions properly. He is unlikely to finish high school, as he continues to test at a first-grade level.

There was no question the child should never have been in the roadway. However, there was evidence the driver was speeding in excess of the 35 mph limit. Additionally, the man was hard of hearing, typically reading lips to communicate, and was reportedly speaking to his girlfriend’s father in the vehicle at the time of the crash.

An accident reconstructionist testifying for plaintiff indicated the collision could have been prevented had the driver “acted reasonably” in the emergency situation – i.e., had his eyes on the road instead of his passenger – even though he was driving over the speed limit.

Defendant’s attorney posited he was only going 15 mph hour at the time of the crash. Defendant himself asserted he was going 1 mph.

Jurors did not find him credible, but neither could they ignore the fact the child should not have been in the road. Ultimately, jurors did find defendant negligent – but indicated he held 30 percent of the fault.

Although they found the child suffered damages – including medical costs, pain and suffering – in the amount of $75.5 million, his comparative fault was found to be at 70 percent. That meant the damage award was reduced to $22.7 million.

His aunt/guardian is now pursuing a bad faith claim against defendant’s insurance company for failure to settle the claim. If successful, she could secure treble damages to help cover the ongoing costs of the boy’s care.