As we recently reported on our Florida Injury Lawyer Blog, Daytona Beach Bike Week 2012 is taking place this month. During this time, we can expect thousands of motorcyclists to be on roadways across the state, requiring heightened awareness from motorists of all kinds. 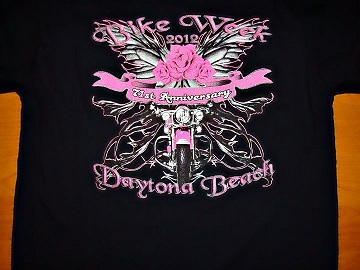 One of the most important aspects of this year’s event is the Bike Week Appreciation Parade. This year’s parade is being presented by the Harley-Davidson Motor Company. What’s so important about this year’s parade is that it’s back after seven years! Before being stopped years ago, the parade was an iconic event of Bike Week. Officials put a stop to it back in 2005 because the Daytona 200 event was moved from a Sunday to a Saturday. At the time, local officials didn’t feel like they were equipped to help move the nearly 10,000 participants from the Ocean Center to the Daytona International Speedway.

Our Fort Myers motorcycle accident lawyers are pleased to announce the return of this event. This year, Bob Coleman, the Task Force Chairman of the Bike Week Festival, said he couldn’t be happier! He sees the event as a way to help thank the community and thank the participants of this huge event and to help raise awareness of motorcyclists on our Florida roadways. He says that it only makes sense that Harley-Davidson is the sponsor of this year’s Bike Week and of this year’s parade considering they’ve been with the event since the beginning.

Since the event was canceled in 2005, officials in Daytona Beach have worked to provide the resources needed to handle such a large event. Since 2005, tens of thousands of Bike Week fans have lined the route every year asking for the parade to return. Earlier in the year, officials with the Speedway, with the City and with the Daytona Regional Chamber of Commerce met to go over all the aspects of the event to make sure that everything’s covered and that everything will run smoothly.

The parade is more than 5 miles long and motorcyclists from around the country are expected to join. Along the route, residents from the area will be gathering to show their appreciation and pride for the World’s Largest Motorcycle Event.

Participating in the parade is free, but riders are able to enter the Budweiser Party Porch at the end of the parade for only $20. At the Speedway, riders will be able to enjoy ice cold beer while catching excellent views of the Daytona 200.

Associates and Bruce L. Scheiner, Attorneys for the Injured, has spent four decades fighting for the rights of motorcyclists throughout the South Florida area, including Cape Coral, Bonita Springs, Naples, Fort Myers, Port Charlotte, Sebring and elsewhere. If you or someone in your family has been injured or killed in a motorcycle accident in Southwest Florida, call today for a free and confidential appointment to discuss your rights. 1-800-283-2900.