The nation experienced fewer fatal accidents than at anytime since 1949. Yet motorcyclists were some of the only ones who didn’t get to see any safety improvements on our roadways. This is especially true in the state of Florida where we see some of the highest risks and numbers of fatal motorcycle accidents. 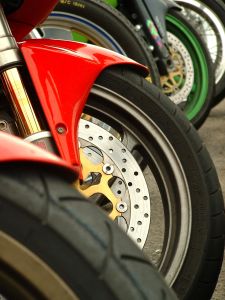 According to a recent report from the Governors Highway Safety Association (GHSA), there were more than 4,500 fatal motorcycle accidents in each of 2010 and 2011. This occurred despite the fact that the National Highway Traffic Safety Administration (NHTSA) reported a decrease of more than 1.5 percent in the number of overall traffic fatalities. As a matter of fact, the number of fatal motorcycle accidents actually increased in 27 states, according to Insurance Journal.

The jump from 2010 to 2011 surprised many and now safety experts are looking to pinpoint the cause. They’ve come up with a couple of theories.

Possible Reasons for the Increase:

-Improving Economy: With more cash flow, residents are feeling more comfortable going out and purchasing that motorcycle they’ve had their eye on.

-Prices at the Pump: With gas prices relatively high over recent months, experts believe that Floridians just wanted a cheaper way to get around. What gets better gas mileage than a motorcycle?

-Weak Helmet Laws: Experts think that the lack of helmet laws in states across the country may have had more riders out on our roadways without a helmet and therefor at higher risks for death in the event of an accident. Officials say that helmets are one of the most effective ways to help keep riders safe. Right now, only 19 states required bikers to wear helmets. That’s down from 26 states in 1997.

“It is disappointing that we are not making progress in motorcycle safety, particularly as fatalities involving other motorists continue to decline,” said Troy Costales, chairman with GHSA.

As we head into the summer driving season, motorists are asked to be on the lookout for motorcyclists on our roadways. Accidents with these drivers are typically the result of being overlooked in traffic. Be sure to keep a watchful eye out for these vulnerable motorists.

Associates and Bruce L. Scheiner, Attorneys for the Injured, is dedicated for fighting for the rights of motorcyclists throughout Southwest Florida. If you or a loved one has been involved in an accident in Fort Myers or any of the surrounding areas, call today to set up a free and confidential appointment to discuss your case. Call us at 1-800-283-2900.