According to a newly-released report, the number of fatal teen car accidents in Cape Coral and elsewhere could be decreased significantly if state lawmakers were to just beef up the state’s Graduated Driver’s Licensing (GDL) laws.

The new report from the Insurance Institute for Highway Safety (IIHS) looked at each state’s GDL laws and looked at how they were working and what could be done to make them stronger and more effective, reports The Palm Beach News Post.

According to the report, the state of Florida could potentially see a near 40 percent decrease in the number of fatal teen car accidents if we took a good look at improving teen-driving regulations. Our state could enact a passenger restriction on these young drivers and we could up the age to apply for a learner’s permit, both of which have been proven effective in reducing risks of teen car accidents. 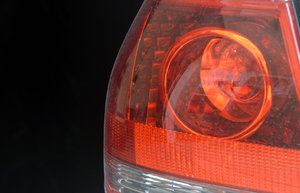 “If every state adopted all five components of the toughest young driver laws in the nation, more than 500 lives could be saved and more than 9,500 collisions could be prevented each year,” claims the report.

According to the IIHS, the state’s GDL laws:

-Requires drivers to be at least 15-years-old to get their learner’s license.

-Requires drivers to hold their learner’s license for at least 12 months before advancing to a restricted license.

-Requires drivers to complete at least 50 hours of supervised driving, 10 of which must be completed at night, before advancing to a restricted license.

-Requires drivers to be at least 16-years-old before advancing to a restricted license.

-Our state has no passenger restrictions for any drivers.

-When drivers are 18-years-old, they can drive without any GDL restrictions.

Parents are urged to review these laws to make sure that young drivers are obeying. It’s also urged that parents enact their own laws to help to reinforce the state’s laws. Lay down the law along with the consequences of breaking these household rules.

“There’s room for improvement across the board, and states could see immediate reductions in fatal crashes and collision claims as soon as the beefed-up provisions are in force,” says Anne McCartt, IIHS senior vice president.

If you or someone you love has been involved in a car accident in Cape Coral or in any of the surrounding areas, call your Cape Coral injury attorneys today to set up a free and confidential consultation to discuss your rights. Call us at 1-800-283-2900.