The number of motorcyclist fatalities is on the rise.

According to the most recent statistics from the Florida Department of Highway Safety and Motor Vehicles (DHSMV), were more than 450 riders who were killed in 2011. That compares to 385 killed in 2010. 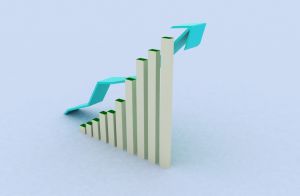 According to the Sun Sentinel, this is the first year of motorcyclist fatality increases we’ve seen in recent years, three previous years of declines.

However, our Fort Myers motorcycle accident lawyers know Florida is one of the most dangerous state in the nation for motorcycle accidents. A notable trend is the increase in these kinds of accidents among middle-aged and older riders. This can often have a devastating impact on a family’s finances.

According to the most recent statistics, the number of motorcycle riders who died in traffic accidents increased nearly 20 percent in 2011.

In recent years, it was the younger riders who made up the largest group of these motorists, but that trend is slowly shifting.

When looking deeper into these statistics, you can see that an increasing number of bikers over the age of 44 are dying in these kinds of accidents. At the same time, there’s been a decrease in the number of fatalities among the younger riders.

Lee believed that the shift is partly because those who used to ride when they were younger are hoping back on two wheels once again and their skills aren’t as sharp. He urged all bikers to enroll in a motorcycle refresher course to help to maintain safety on two wheels.

You may not fall into the group with the highest risks, but we’re urging you to be safe out there. We’re asking all motorcyclists to be safe and extremely cautious of other drivers. It’s important for everyone to remember that these two-wheeled motorists are some of the most vulnerable travelers out there and are more likely to be seriously injured, if not killed, in the event of an accident with a passenger car.

If you or someone you love has been involved in a motorcycle crash, call Associates and Bruce L. Scheiner, Attorneys for the Injured, for a free and confidential consultation to discuss your rights. Call 1-800-283-2900.