While a woman has pleaded not guilty to misdemeanor driving under the influence following an incident in which her vehicle struck and killed a physician bicyclist, the victim’s husband has filed a civil lawsuit against the driver. 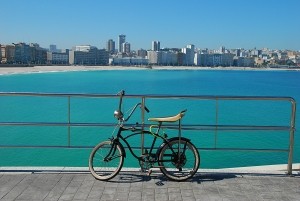 Although the cases are proceeding in different courts – one criminal, one civil – they are overlapping in ways that make the case rather complex.

Florida has the highest incidence of bicycle injuries and fatalities. Although this accident occurred in Vermont, there are elements of law that are applicable to bicycle accident cases in Florida.

According to media reports , the fatal bicycle accident occurred in June. The driver is a 36-year-old woman with children, married to a police officer. The victim was a 60-year-old, well-known radiologist in the area.

Police investigators concluded the bicyclist, who was riding southbound, made a U-turn in front of defendant’s vehicle after another southbound vehicle passed him. Driver reported she had no time to react as he turned in front of her, and she struck him broadside two feet left of the double yellow line in the northbound lane. He was pronounced dead at the scene.

Driver reported prior to the crash, she had consumed one alcoholic beverage, and was also on several prescription medications, including Xanax. A preliminary roadside breath test revealed driver had a blood-alcohol concentration of 0.123 a half hour after the crash. Two hours later, a court-approved breath test revealed a blood-alcohol concentration of 0.087. The legal limit in Vermont, as in Florida, is 0.08.

This could be damaging to the civil case, Najarian v. Gonyeau, filed in state court recently by the bicyclist’s widow. Similar to the legal principle followed in Florida civil courts, a finding of comparative fault by the victim will result in a reduction of damages to the plaintiff.

Meanwhile in the civil case, plaintiff’s attorney has hired a consulting and investigations firm to help with independent review. But plaintiffs hit a snag with regard to conducting an independent review of the vehicle and evidence therein. Plaintiffs argue an independent investigation of that vehicle, which was impounded by the local police department, is critical to being able to do an accident reconstruction, which will be central to the civil case.

A request filed with the state superior court to issue a temporary restraining order to block defendant from having the vehicle repaired was denied. The judge indicated plaintiff failed to show repairs to the vehicle would result in irreparable harm to the case.

Plaintiffs lawyers, meanwhile, argued that state law requires the state to assist crime victims in preservation of evidence necessary to criminal proceedings. The attorney later filed a request under a different legal theory, that of emergency motion to allow inspection of a vehicle.

A different judge granted that request, and warned the defense lawyer that any loss of evidence up until that point would reflect badly on their client. Per the principal of evidence spoliation, the estate would be entitled in the civil case to assert to the jury a presumption that the evidence destroyed would have harmed the defense, as the defendant caused it to be lost or destroyed.

Defense lawyer said she was aware of this, but then allegedly blocked numerous attempts by plaintiff attorneys to set up a time for the independent exam.

When criminal cases overlap civil lawsuits, it’s imperative that individuals seek a law firm that is both well-versed in the law and has ample resources to fight for the preservation of evidence that could benefit your case. Prosecutors and plaintiff attorneys have different agendas. It’s important to make sure victims’ best rights and interests are protected.