However, our Cape Coral personal injury lawyers note the news was not all good: Government figures show the number of fatal accidents actually increased year-over-year as the economy improved during the last half of 2010. 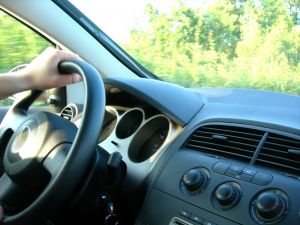 “Last year’s drop in traffic fatalities is welcome news and it proves that we can make a difference,” said U.S. Transportation Secretary Ray LaHood. “Still, too many of our friends and neighbors are killed in preventable roadway tragedies every day. We will continue doing everything possible to make cars safer, increase seat belt use, put a stop to drunk driving and distracted driving and encourage drivers to put safety first.”

“The decrease in traffic fatalities is a good sign, but we are always working to save lives,” said NHTSA Administrator David Strickland. “NHTSA will continue pressing forward on all of our safety initiatives to make sure our roads are as safe as they can possibly be.”

A close look at the statistics shows a year-over-year increase of 1.6 to 1.8 percent during the last half of the year, after a decline of 5 to 11.4 percent during the first six months of 2010. Region 4, including Florida, Alabama, Georgia, South Carolina and Tennessee, reported a decline of 3 percent for the year, in line with the national average.

California recorded a decrease of 10 percent in the number of fatal accidents in 2010 — the Northeast led the nation with a decline of 12 percent.

The beginning of the winter tourism season was met with great optimism after several tough years in South Florida. As our snowbird friends head north and year-around residents settle in for a long, hot, comparatively quiet summer, it’s important to remember that more and more people will be on the roads as the economy improves. Putting the phone down, not driving distracted, and avoiding aggressive driving behaviors like speeding and tailgating will go a long way toward making sure you reach your destination safely.