You may have noticed. There are new digital traffic message boards popping up on roadways throughout Lee County. According to NBC2, these boards cost the county nearly $6 million, but safe-driving advocates are saying it’s the cheap way to reduce heavy traffic. The new system is called the Intelligent Transportation System and will work much like the ones you see on the interstate. The new signs are being used to warn drivers of traffic delays, road conditions, Amber Alerts, weather conditions and car accidents in Cape Coral and in Fort Myers. 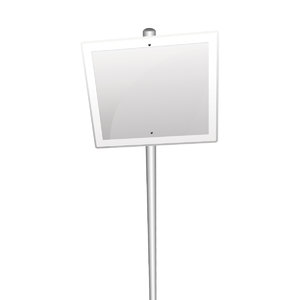 Our Cape Coral car accident lawyers understand these signs were implemented by the county as a cheap way to reduce traffic in the area. Multi-lane projects can cost nearly $30 million. This sign project was less than $6 million. A lot of residents are saying that these signs aren’t going to fix anything. Many are worried drivers will become too reliant on these signs. Some are also saying these signs are taking away drivers’ self-sufficiency.

Tower says that drivers traveling from Fort Myers to Cape Coral and back will be alerted to bad situations on the bridge. This way, drivers will be able to make better informed decisions regarding how to get to their destination more easily.

On the NBC2 website, residents are voicing their displeasure with the new signs. One response post claims that the signs are unnecessary and a waste of money. It’s a driver’s responsibility to do their research before heading out of the house. Computers, radios and phones already alert us about traffic updates. Responses say that the $6 million could have been used to create something more tangible, like jobs.

Another response to the NBC2 article says that the $6 million is a waste because there are only a few ways to get across the river. If one way is congested, then everyone will be using the two other ways, which will subsequently be congested.

One response even stated, “I figure someone’s brother-in-law in the DOT sell these signs.”

Regardless of what is being done to help ease the traffic on our roadways, it’s still most important that drivers head out with a plan. Drivers are urged to check out weather conditions, road conditions and traffic conditions before leaving the house. It’s also important that you leave your house with plenty of time to spare just in case you run into an unexpected back up.

Until our traffic is reduced or our roadways are constructed to handle more vehicles, it’s important for drivers to be prepared, defensive and knowledgeable behind the wheel. With motorists working together, we can all do our part to make every day commutes flow smoothly.

If you or a family member has been involved in a car accident in Cape Coral, Naples, Fort Myers or Sebring, contact Associates and Bruce L. Scheiner, Attorneys for the Injured, to schedule a free and confidential appointment to discuss you rights. Call 1-800-283-2900.