Not only are Florida drivers able to use their cell phones while operating a motor vehicle, but they can also shuffle through their iPod play lists, surf the internet, send text messages and find their destinations without ever taking their eyes off the road. Although our driver’s eyes may still be on the road, their mind may be somewhere else and therefore experience increased risks of being involved in a car accident in Fort Myers and elsewhere in Florida. 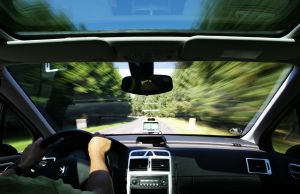 “Consumers are wanting, expecting and you could say demanding more technology in their cars,” said said Tim Jackson, president and chief executive of the Colorado Automobile Dealers Association. “As their lives have become more technologically driven, they want those same creature comforts in their cars.”

Florida is still one of the few states left that has yet to pass a law regulating any type of distracting driving habit. A number of studies have reported that these driving devices, many of them hands-free, require that a driver take some of their attention off the road. Our Fort Myers car accident attorneys understand that drivers pretty much have free reign when it comes to electronic devices in our vehicles, but it’s not recommended that we use these devices while driving as the results can be serious, if not deadly.

“The most important thing we’ve found in our research and various studies is keeping your eyes on the road and hands on the wheel,” said Jim Buczkowski, director of Ford electronics and electrical systems engineering.

Because of the growing number of distracting devices now available in vehicles, the National Highway Traffic Safety Administration started conducting studies on just how dangerous these devices can be. Nearly 5,500 people died on U.S. roadways because of car accidents that involved a distracted driver in 2009. The number one distraction reported in these accidents was the use of a cell phone.

Some argue that voice-operated devices allow the driver to keep their eyes on the road. While this may be true, their mind and focus can be somewhere else.

“We have found any sort of distraction increases the likelihood of being in a crash, even with hands-free options,” Hobbs said. “We encourage people to eliminate as much distraction as possible.”

Merecedes offers a brand new technology, the SplitView. This is a device that lets the drivers continue to access directions or other navigation data while his of her passengers enjoy a DVD on the same monitor, according to the Denver Post.

“The standard has been set by the consumer devices (such as smartphones),” said Henry Bzeih, head of Infotainment and Telematics at Kia Motors America. “The expectation is that the car should behave the same way.”

Not everyone agrees. David Strickland, the administrator of the National Highway Traffic Safety Administration, aims to put a stop to a number of these distracting devices. He recently spoke to a crowd at the Telematics Detroit 2011 conference and told them about his plans to oppose unsafe technologies. He believes that these new “convenient” technologies do nothing more than contribute to distracted driving, according to Government Computer News.

“I’m just putting everyone on notice,” Strickland said, “A car is not a mobile device.”

Strickland isn’t opposed to all new technology. He does note that cars can come equipped with useful IT-based technologies, including Global Positioning System navigation, automated emergency notification and internal diagnostics.

According to a number of studies conducted by the Insurance Institute for Highway Safety, hands-free devices do help to eliminate physical distractions but do nothing to reduce cognitive distractions. A driver on the phone, by any means, increases their risk of an accident.