About a year ago, authorities nixed the statewide system that allowed teens to take their learner-permit driving exam online. Well, the tests are to be back online in an attempt to appeal to the keyboarding generation, to provide more convenience to the customer and to reduce the wait at some of our local Department of Highway Safety and Motor Vehicles offices. But will these online tests encourage cheating and increase our teens risk for a car accident in Fort Myers and elsewhere in Florida? 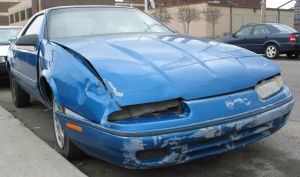 The program was initially pulled from the Internet because officials discovered that roughly 40 percent of teens who passed the exam online failed it in person at the DMV, according to the News-Press.

Our Cape Coral car accident attorneys understand that teens require every bit of driving training available to prepare them for the dangers they’ll inevitably face on our roadways. Rep. Irv Slosberg of Boca Raton isn’t too thrilled about the decision. He has become an advocate for teen road safety ever since his teenage daughter died in a car accident. He believes that the decision to put these tests back online is a move that no parent in their right mind would approve. Gov. Rick Scott recently signed it into law.

Teens will no longer have to study and memorize important road rules for fear of failing the test. Online testing allows for these tests to be an “open book” opportunity.

It’s estimated that roughly 70,000 teens each year apply for a Florida learner-permit.

The online written exam includes 40 multiple-choice questions. Half of them cover road rules and half cover road signs. Teens can only miss 5 questions on each half.

“I’ve had students fail it repeatedly right up to the last day of class,” said Lake Worth High driver education instructor Sam Howell, who has taught the class for 34 years. “The thing I don’t like about it is there’s nobody monitoring the test, so we truly know who took it, or that they didn’t get any help.”

The DMV understands teen’s temptation to cheat and asks that parents do their best to stop it from happening. To help enforce this, the new testing system will hold parents more accountable. The DMV warns that if an applicant is found to have cheated, the parent’s license could be suspended.

Teen drivers are typically more vulnerable on our roadways for the simple fact that they possess less driving experience. Teen drivers have recently been placed on the National Transportation Safety Board‘s (NTSB) “most wanted” list. This is a list that targets those who present the most dangers to motorists on our roadways, or those who are most at risk. The campaign aims to raise awareness about these drivers and encourage ways to better improve their skills.

According to the NTSB, car accidents are the number one cause of death for teens in the U.S. It is estimated that we lose nearly 10 teens on our roadways every day. The risk of motor vehicle accidents is higher among teen drivers than among any other age group of drivers. Even though licensed teen drivers make up only 7 percent of the entire driving population, they account for nearly 15 percent of drivers involved in all fatal accidents.

Parents should enforce these rules to help protect their teen driver on our roadways:

-Limit the driving times, destinations and the number of passengers allowed in the car when your teen is driving.

-Make sure to set and enforce check-in rules for your teen. Require them to call or text when they arrive at their destination and when they are heading home.

-Know who your teen is with and where they’re going.

-Be sure to discuss your expectations for celebrating special occasions like prom and graduation responsibly. It is important to discuss these behaviors even when your teen is not the one behind the wheel.

-Talk to your teens about the dangers of impaired and distracted driving. Talk to them about drunk driving. Even though they’re not old enough to consume alcohol, it doesn’t mean that they can’t or won’t.

If you or a loved one has been involved in a car accident in Fort Myers, Cape Coral or Naples, contact Associates and Bruce L. Scheiner, Attorneys for the Injured, today for a free and confidential appointment to discuss your rights. Call 1-800-Dial-BLS.

Teen Drivers Likely to be involved in a Motor-Vehicle Accident with a Truck in Fort Myers and Elsewhere This Summer
June 29, 2011
Teen Killed by Distracted Driver in Naples
June 28, 2011
Teen in Naples Drunk Driving Accident
May 12, 2011