The existence of a company policy warning against employees getting involved in altercations with patrons is not enough to conclusively negate liability if such an incident occurs and results in injury, according to a recent ruling by the Florida’s Fifth District Court of Appeals. 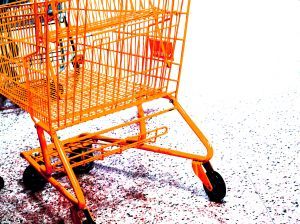 The case of Trabulsy v. Publix Supermarket Inc., wherein a grocery store employee was accused of assault on a customer, will continue to trial, reversing an earlier decision by the district court.

Punta Gorda personal injury attorneys understand that the primary question weighed by the appellate panel was whether the worker was acting within the scope of employment, or whether he had removed himself from that status by virtue of the fact that he was involved in a physical fight. The answer is one that depends on several factors, and should be weighed by a jury as a matter of fact, not by the court as a matter of law.

This is why the court found a summary judgment in the case to be improper.

According to court records:

A grocery store customer left his cart unattended momentarily. The grocery store employee spotted the unattended cart, assumed someone had abandoned it, and so took the cart and started to re-shelve the items.

The appellate court indicated that the record, including witness statements and video evidence, appear to support the plaintiff’s version of events. However, the trial court granted the grocery store summary judgment on the grounds that the worker was not acting within the scope of employment. But the appellate court disagreed that this determination was conclusive as a matter of law.

Neither side disputes that the incident happened on the store’s property while the worker was on the clock, engaged in the store’s business. Nor is there any doubt that the worker’s actions did not serve the store, and this was underscored by the presence of a strict policy against physical violence.

The store insisted that the worker’s confrontation was a personal act, because he acted in self-defense in order to protect from an attack.

The appellate court challenged reasoning on the basis of the 1922 decision in Stinson v. Prevatt, which held that a company has as much if not more duty to protect an employee from harm as it does the merchandise, and the courts have consistently held that an employee who attacks another in order protect merchandise is acting within the scope of his or her employment. If the jury were to believe that the employee was acting in self-defense, it was the business of the worker that put him in harm’s way, the court ruled.

The question is not whether a business is merely incidental to an encounter (i.e., a boyfriend attacks his girlfriend in a domestic dispute at her place of employment), but rather whether the dispute is directly related to the business. Whether a business in fact authorized the employee’s actions, or even barred them, the court indicated, is immaterial.

In business-related disputes, especially those occurring on the employer’s premises, the appellate court noted that the question of an employee’s purpose in battery cases is almost always relegated to a jury.