Corporate America continues to use mandatory arbitration agreements to strip consumers of their right to make civil claims in court. 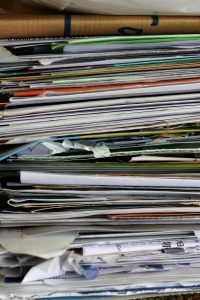 While most civil claims, including personal injury and wrongful death lawsuits, are decided in court, arbitration agreements force both sides to agree to settle their differences through an arbitrator of facts, outside the court of law. Frequently, these arbitrators survive on corporate business.

Mandatory arbitration agreements have become commonplace in our consumer society. It’s likely you have been asked to enter one when purchasing a product, entering a facility or venue, or renting a car.

The problem is serious, as underscored by a recent New York Times investigation. It’s been characterized by legal analysts as one of the most profound legal shifts in our generation. Essentially, arbitration allows business to opt out of the legal system and violate rights without reproach.

While several federal measures aimed at curbing the abuses of arbitration agreements have been proposed in Congress, none have passed. In many cases, both state and federal law and court decisions have leaned toward requiring arbitration, in part because it reduces case loads.

While your injury lawyers in Fort Myers can still file a personal injury or wrongful death lawsuit, the Florida Arbitration Code, F.S. §682.01 et seq. , provides that any party may apply by motion for an order directing the parties to a lawsuit to comply with a governing arbitration clause.

In tort claims, whether an agreement is “governing” may rely upon a number of factors:

Who signed the agreement: A growing body of law provides a way out of arbitration agreements when the agreement was not executed by the adult victim (as is often the case for nursing home residents when family signs), or was otherwise not signed by the plaintiff (as may be the case in a wrongful death action where damages are being sought by a victim’s estate).

Was the arbitration agreement mandatory: Agreements that are mandatory may not be as enforceable.

Is the arbitration agreement controlling: While the courts often rule in favor of arbitration when the issue is found to be controlled by the agreement,  tort claims, which often include allegations of negligence, may be outside the bounds of what such agreements are meant to govern.

Arbitration agreements severely curb plaintiff rights. While a lawsuit is still possible, these cases are best handled by a law firm with extensive experience.