A slip-and-fall lawsuit against a South Florida hospital will be allowed to proceed, per the Fourth District Court of Appeals. But the plaintiff in Denniser v. Columbia Hospital Corp. of South Broward is going to have a tougher time proving the case. 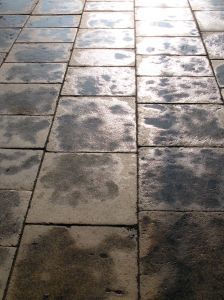 The reason has to do with the distinction given to the injured party at the time of the incident. Cape Coral slip-and-fall injury attorneys note three different classes of entrants in premises liability cases in Florida. These are: trespassers, licensees and invitees. The degree of difficulty in proving the case is going to depend heavily on where the plaintiff falls on this spectrum.

When plaintiffs are trespassers, land or property owners have a minimal duty to ensure they are protected. In fact, the law says only that they must refrain from intentional harm to trespassers. There are a few exceptions, usually pertaining to children, especially if the danger is not open or obvious.

If a plaintiff is deemed to be a licensee — defined as persons with property owner permission to enter for their own pleasure or benefit — a higher duty of care is owed. An example would be those selling Girl Scout cookies in front of a Publix store or social guests of a homeowner. In these cases, the property owner has a duty not to intentionally harm, but also to mitigate any known dangers or sufficiently warn of their existence.

The last designation is an invitee, in which a person is invited onto the premises for the benefit of the land or property owner, usually in a business transaction. A good example would be a patron at a grocery store. The duty here is to exercise reasonable care in protecting from dangers an owner knew about or should have known about. They also have a duty to warn if known unsafe conditions exist. Invitees have every reason to expect that the premises has been made safe in order to receive them.

In the Denniser case, the plaintiff appealed a summary judgment in favor of a South Florida hospital where she had slipped and fallen. The defendant alleged she should be identified as a trespasser.

According to court records, the plaintiff’s mother had an extended stay at the hospital for treatment, which meant the plaintiff spent a lot of time there as well as a frequent visitor. Based on this alone, she was considered an invitee.

However, on the day of the incident, she entered a kitchen through an unlocked door in order to get some tea. While inside the kitchen area, she reportedly slipped and fell on wet floor and sustained injury.

She later sued the hospital, claiming that as an invitee, the hospital breached a duty of care to warn her of the dangerous condition on the floor.

However, the hospital asserted that the kitchen in question was only open for use by staff and employees, and isn’t supposed to be used by patients or their visitors. A sign was posted on the door that read, “Staff Only.” There was not indication that the woman had been given permission to enter the kitchen by any staffer prior to the incident.

Therefore, the hospital argued the plaintiff lost her standing as an invitee, becoming either an uninvited licensee or trespasser by virtue of the fact that she’d entered an area of the facility that was beyond the scope of her invitation. With this designation, the hospital asserted, it needed only warn her of the danger once her trespass was discovered, per the 1973 decision in Wood v. Camp. The facility representative denied that anyone knew she was in the kitchen before she fell.

The trial court granted the hospital’s motion for summary judgment. That decision was partially affirmed, but partially reversed. The appellate court ruled the lower court did not err in its decision to classify the plaintiff as a trespasser for purposes of the claim. However, the defendant failed to present evidence that no employee was aware of the plaintiff’s presence in the kitchen prior to the fall. This created a genuine issue of material fact, and therefore a summary judgment was improper and the case was remanded for further proceedings.