A claim for no-fault insurance coverage following a motorcycle accident has turned into a five-year court battle with the insurer. 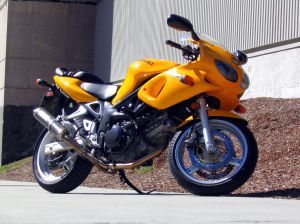 Fort Myerscar accident lawyers recognize part of the problem has to do with the fact that motor vehicles are among the most fluid assets people own. Car owners frequently lend their vehicles to family members, friends and sometimes even co-workers or acquaintances. If an accident with injuries results, the question of who pays can become murky, depending on the circumstances.

The passage of no-fault insurance laws in Florida helps to clarify this to some degree. But as the case of Rambin v. Allstate Insurance Co. reveals, it’s not always a simple matter. Although this was a case before the Michigan Supreme Court, Michigan too has passed no-fault insurance laws that require all drivers and vehicle owners to purchase personal injury protection.

In Florida, personal injury protection (PIP) policies are required up to to $10,000 without regard for fault for bodily injury sustained by the named insured in a motor vehicle accident. This coverage often extends to relatives, those residing in the same home and persons operating the insured’s vehicle, as well as passengers in the vehicle.

This coverage makes the owner, occupant or registrant of a PIP-insured vehicle immune from tort actions for non-economic damages except in cases of significant and permanent loss of bodily function, permanent injury and/or scarring/disfigurement or death. Parties still can and often do sue for economic damages not covered by PIP when the $10,000 limit doesn’t suffice.

A few hours later, he was involved in a crash with a car. The driver of that vehicle was also uninsured.

When officers arrived, they noted that the motorcycle involved in the crash was the same one that had been stolen. The plaintiff claimed no knowledge of the theft, but could not tell police where the lender of the motorcycle lived or how to reach him.

No criminal charges were filed.

The plaintiff claimed insurance coverage for his injuries through the motorcycle owner’s insurance. Initially, the trial court granted a summary judgment in favor of the insurer.

The case was remanded to trial, but the insurer appealed to the state supreme court, which affirmed in part and reversed in part. The court found the rider would be entitled to personal injury protection under the owner’s policy, so long as the plaintiff could prove he hadn’t stolen the motorcycle. That issue, the court found, was still very much in dispute.