When word spread that traffic deaths had increased 8 percent in the first nine months of 2016, continuing an alarming surge in roadway fatalities, one of the many explanations offered by traffic safety experts was that there were more people on the roads. However, as The Associated Press pointed out, this is only half the story. 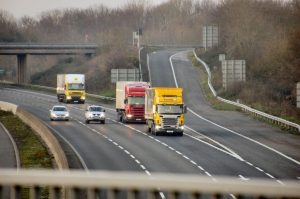 The National Highway Traffic Safety Administration did note that drivers are logging more miles on the road these days than ever before. However, that doesn’t really give us the full picture because the increase in car accident deaths is actually rising faster than our collective increases in mileage. While crash deaths are up 8 percent, vehicle miles traveled only rose 3 percent during that time frame, according to the NHTSA.

Yes, it’s true that lowered gas prices and a slowly improving economy play a role. But this doesn’t totally explain the uptick in car accident fatalities. The NHTSA’s administrator said there is more going on, and it’s incumbent upon the staffers to determine the reasons.

The rise in roadway deaths is especially troubling when you consider it is happening at a time when motor vehicles are safer than they have ever been. This is not to say some cars don’t still have issues, as we have seen with massive numbers of vehicles being recalled in the last few years. However, almost all new light trucks and passenger vehicles have features like rearview cameras and electronic stability control. Carmakers are starting to build more vehicles with top-of-the-line safety technology, like blind spot monitoring, automatic emergency brake and cruise control that is adaptive.

Still, there are factors that we can’t easily quantify. For example, we have the exponential rise in the use of cell phones and other mobile devices by drivers. That is assuredly one enormous factor behind the level of distraction drivers are experiencing.

On top of that, we have the legalization of marijuana, to varying degrees, depending on what state you’re in. Without wading into the politics of that issue, it is undeniable that when you drive impaired by any substance, you jeopardize not only your safety but those around you. We do know an increasing number of drivers involved in fatal crashes have marijuana in their systems, though there isn’t yet any concrete evidence that impairment of that drug was a factor (because cannabis stays in the blood stream longer than alcohol, so there isn’t any surefire way to tell through chemical testing if someone is high).

Weather could also be a consideration, according to the federal researchers. We know that traffic deaths spike during the warmer months when daylight hours are longer. Some areas of the country have been seeing warmer-than-normal winters, and this can’t be completely discounted.

In the early-to-mid 2000s, the annual number of traffic deaths was regularly more than 40,000. This dropped off considerably during the Great Recession to less than 33,000. But now, it seems those numbers are coming back with a vengeance.