Florida received one of the worst rankings for gaps in highway safety laws, which are costing lives on our roads every day. The ranking was issued by Advocates for Highway Auto Safety in its most recent report, 2017 Roadmap of State Highway Safety Laws. The 58-page report begins by detailing the fact that we’ve had two consecutive years nationally of rising death rates on our roads. In 2015, there were nearly 35,100 people killed in motor vehicle accidents, an 8 percent increase over the previous year. That’s a bigger increase than we’ve seen in almost 50 years, and Florida has followed similar trends. 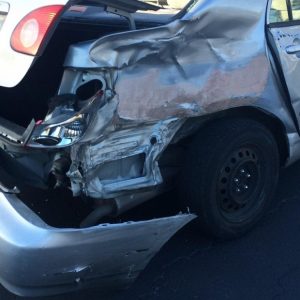 The Florida Department of Transportation reported in 2015 that there were 374,350 total crashes that year, an increase of almost 9 percent from the previous year. As far as fatal crashes, there were 2,700 in 2015, which was an increase of 15.5 percent from the year before. There were an average of 1,025 crashes every day in the Sunshine State in 2015, versus 943 the previous year.

One of the main reasons, according to Roadmap researchers, has to do with the fact that states are failing to enact – or maintain – the kinds of legislation that we know can help save lives. Florida in particular is failing on this front.

The report asks the question, “Have we forgotten what saves lives?” The legislation researchers pointed to specifically included:

States that did well on each of these fronts had correspondingly lower traffic death rates. Overall, the number of people killed on bikes is up 12 percent, while pedestrian and teen driver deaths are up 10 percent, distracted driver deaths are up 9 percent, motorcycle accident fatalities spiked by 8 percent, child deaths are up 6 percent and alcohol and speed-related crashes are up 3 percent. Considering that crashes are the No. 1 cause of death for people between the ages of 5 and 34 and these crashes cost every state billions of dollars a year in economic burdens ($242 billion a year nationally, $10.7 billion in Florida) – not to mention the irreplaceable loss of life – there is strong incentive for state legislators and governors to act.

Florida is ranked “red” on a scale of green, yellow, red (to mirror traffic light indicators). Green is considered “good,” meaning the state has made significant advances toward adopting all recommended optimal laws. Yellow, meanwhile, means “caution,” which indicates the state needs to close the gaps on recommended safety laws. Finally, red means “danger,” which is an indicator that the state has fallen far behind in adopting recommended laws that would be optimal to reducing road deaths.

Florida falls short on virtually all of those items on the checklist. Specifically:

It does not have a law for primary enforcement of its texting-and-driving ban.