A new, comprehensive traffic report covering the last 10 years indicates that nearly 18 percent of all roadway deaths in Lee County were walkers.

That is one out of every six. 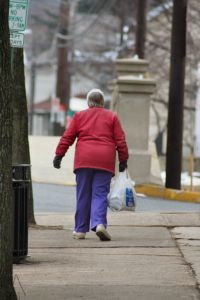 To put that into greater perspective, our Fort Myers pedestrian accident lawyers note between 2003 and 2012, nearly 5,200 pedestrians were killed in Florida.

While minorities, the poor and elderly are more greatly represented among pedestrian fatalities, the biggest problem is that our thoroughfares were designed in a way that was intended to best accommodate fast-moving motor vehicle traffic – not slower-moving public transit, motorcyclists, bicyclists and least of all those traveling on foot.

Florida is by far the worst when it comes to pedestrian safety, according to the “Dangerous by Design 2014” report. In this state, 73 percent of deaths occurred on roadways where the posted speedways were 40 mph or higher, as compared to 62 percent nationally.

The report, prepared by the National Complete Streets Coalition and Smart Growth America, reveals nearly 5,200 people were killed while walking in Florida. Of those, 163 died in Lee County.

The report ranked the country’s major metro areas according to pedestrian danger indexes, which is a measure of pedestrian safety, and also where pedestrian deaths were most likely to occur.

In Lee, U.S. 41 from Del Prado Boulevard in North Fort Myers to south Lee County and also Palm Beach Boulevard were the areas to see the highest number of walking-related deaths in the county.

Put another way, that breaks down to nearly 40 percent higher than the national average.

Just last year, there were two dozen walking deaths in the county, which was nearly double the previous year, according to the figures supplied by Stay Alive, Just Drive. So far this year, there have been eight pedestrian deaths.

As one advocate was quoted as saying, “We need to rethink the way we drive.” Reducing distractions, slowing down, eliminating alcohol consumption behind the wheel – these are all primary risk factors.

Perhaps this report can bring these problems back to the forefront of attention and discussion.

There is a bit of silver lining in that this report is a slight improvement from what we saw in 2011. At that time, we ranked 5th out of 67th in terms of our pedestrian fatality rate. This time, we ranked 17th.

Nationally, 63 percent of those who died were killed on arterial roads, eligible to receive federal funding for construction or improvement. One of the national “Complete Streets” initiatives being weighed by Congress is to require that any street project receiving federal funding must incorporate a design sensitive to all modes of transportation.