While Lee County is becoming an increasingly urban environment, there are still many swaths of land that are agricultural in nature. 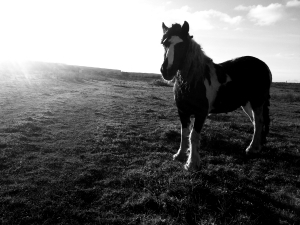 The University of Florida IFAS Extension reports there are approximately 19,000 livestock farms throughout the state. Our personal injury attorneys know that while owners of these animals aren’t required by law to fence their livestock, they may be held civilly or criminally liable if those animals stray onto public roads.

A recent case before the Michigan Supreme Court, Estate of Sholberg v. Truman, dealt with this issue. The plaintiffs were suing the title owner of a horse farm, as well as the horse owner, who failed to install adequate fencing, despite numerous previous incidents of animals wandering onto a nearby road.

In Florida, FS 588.15 and 588.24 allows that animal owners who knowingly, intentionally or negligently allow their animals to run at-large or stray out onto public roads are liable for any resulting injuries or property damage. They may even face a second-degree misdemeanor, resulting in up to 60 days in jail and a fine of up to $200. Further, FS 588.16-588.25 gives authorities the right to seize and sell animals found running at-large, regardless of owner liability.

The Sholberg case questioned whether the title owner of real property can be held liable for wrongful death of a woman killed when her vehicle struck a horse in the road.

On behalf of the woman’s estate, a wrongful death lawsuit was filed against the owner of the horse, as well as his brother and sister-in-law, who were the title owners of the farm. The plaintiff was able to provide proof of some 30 instances of animals on that property escaping their enclosure between 2003 and 2010. Each of those times, it was alleged the animal created a hazard to surrounding public roads.

The sister-in-law testified that she received several phone calls regarding animal elopements on the property, but none later than 2000. In fact, the defendant title owners indicated that while they held title to the property, they had not been there in more than a decade, and had no control over the animals.

It was for this reason they argued they should not be held liable. While the trial court agreed, the appellate court reversed, finding that their ownership of the property was enough to establish nuisance liability.

The case was then appealed to the state supreme court, which reversed. The court reasoned that the title owners did not possess control of the property or the horse. Therefore, there was no basis upon which to impose a liability on them for public nuisance. Rather, the owner of the animal was the person most likely to help prevent any harm befalling others. Because the owners of the property had conferred exclusive control of the property to him, he was exclusively responsible for the public nuisance created by failure to keep the horses properly fenced.