There tends to be a lot of grumbling when people hear about enhanced police patrols, particularly on or around holidays. The general consensus is often something along the lines of, “Why would they want to give out more tickets on Christmas?” 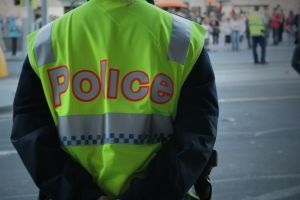 Now, a new study supports this kind of enhanced law enforcement action as a means of not just “meeting a quota,” but rather effectively reducing instances of impaired driving, speeding and crashes.

Senior Research Scientist Jim Fell with the Pacific Institute for Research and Evaluation focuses his efforts primarily on underage drinking and impaired driving. One of his recent studies involved examining which laws and enforcement efforts were most effective in convincing people not to drink and drive.

In results later published in the journal Alcoholism: Clinical and Experimental Research, he reported traffic stops were one of the best ways to curb drunken driving. In an analysis of 30 cities, those with the highest frequency of traffic stops had the lowest rates of impaired driving. In contrast, those places with fewer traffic stops tended to have higher rates of drunk driving – sometimes two or three times higher.

The findings also rang true for drunk driving arrests: The more DUI arrests, the fewer drunk drivers there were actually out on the roads.

Drunk driving injuries in Cape Coral can have a lifelong impact on victims and their families, and many officers have seen the immediate aftermath firsthand. That’s why they often collaborate with the Lee County Sheriff’s Office to conduct sobriety checkpoints and increased patrols, particularly during times they expect an uptick in impaired driving (i.e., holidays).

So why is tougher enforcement so effective? Fell and his colleagues theorize the greatest factor is word-of-mouth. When people are well aware local police heavily enforce traffic laws – including DUI offenses – they are more apt to be reticent to drive a car after imbibing. They are also more likely to watch their speed and be more cognizant of their surroundings when they are behind the wheel. The point is further driven home when passersby see other motorists pulled to the side of the road, even if they aren’t privy to the suspected infraction at issue.

In another similar study conducted by Fell late last year, collaborative efforts between police agencies and so-called “problem bars” to train bartenders in “responsible beverage service” also had a markedly positive impact. The goal of the collaboration was to reduce the practice of over-serving alcohol and service to individuals who were obviously intoxicated. Researchers compared the results of this collaboration with a random sample of other identified “problem bars.” What they found was the training plus additional enforcement reduced the overall blood-alcohol concentration of the average patron.

On average, patrons’ BAC fell from 0.097 percent to 0.059 percent. Additionally, the percentage of highly intoxicated patrons denied service at bars where servers were trained increased from 6 percent to 29 percent.

Fell noted half of all impaired drivers who are arrested had their last drink at a licensed establishment. That means if such efforts were implemented on a wide scale, the impact, he believes, would be “significant.”