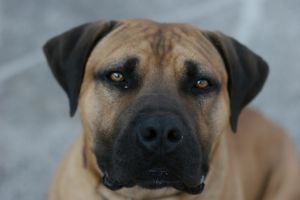 Some of these injuries are severe and a few even end in death.

F.S. 767.04 deals with a dog owner’s liability for damages to a person bitten. The law states the owner of a dog who bites any person who is in a public space or lawfully in a private space is liable for such damages, regardless of whether the owner had knowledge of any prior viciousness. However, negligence on the part of the person bitten reduces owner liability, except if the victim is 6 or younger.

Many other states have similar laws, and homeowner insurance policies usually cover damages when injuries occur as a result of a pet attack. However, the question was recently raised before the Wisconsin Supreme Court whether liability could still be incurred even if the owner of the dogs, who lived in the home where the bite occurred, was not also the owner of the home.

Augsburger v. Homestead Mut. Ins. Co., the Wisconsin Supreme Court ruled the homeowner could not be held liable in this instance. Mere ownership of property, the court ruled, is not sufficient to establish ownership of a dog under state law.

Our dog bite injury lawyers want to stress that while the case does not have a direct impact on Florida injury claims, decisions by other state supreme courts can serve as guides to our own, should similar issues arise.

The daughter and her family owned horse and two dogs, and all resided on the property. The family then adopted a third dog, who was pregnant, and kept three of her puppies.The homeowner, while not fond of the dogs, never instructed his daughter to get rid of them. He never fed, watered, bathed or groomed them and did not ever take them to the vet. Additionally, he never paid for any of their food or care.

One day, while homeowner was at the house, he invited a friend to visit. When she arrived, the daughter told her homeowner was in the barn. As the visitor made her way to the barn, four dogs ran at her from the house and attacked her, biting her multiple times.

She later filed a lawsuit, alleging homeowner and dog owners were negligent in keeping and controlling the dogs and were thus liable for her injuries. Initially, a trial court indicated the homeowner could be held liable as the “statutory owner” because he “harbored” or “gave shelter or refuge to” the dogs.

However, the state supreme court reversed. No one disputed homeowner did not “own” the dogs, but there was a question of whether he “harbored” them, as noted in the statute. To “harbor” means in part to exercise some measure of care, control or custody over. That was not applicable in this case, the court determined.

Generally, landlords are not liable for the actions of tenants’ dogs, but this was a unique situation in that the homeowner did not treat his daughter and her family as “tenants.” But nor did he live on site or care for the animals. Thus, the court in weighing the totality of evidence ruled he was not liable for injuries sustained by a guest as a result of the dogs’ actions.