As we recently reported, text messaging drivers could soon be banned in the state of Florida. The decision not sits with Gov. Rick Scott. 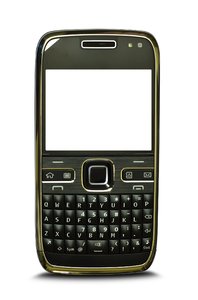 According to Florida Today, all the governor has to do is sign the measure that made it through this year’s legislative session. Similar measures have failed to make it through the lawmaking process each year since at least 2006. The law would make it illegal for all drivers in the state of Florida to text message while driving.

Our Naples car accident lawyers understand that Florida is one of the only states left in the country to still allow drivers to engage in this dangerous behavior. And it’s risking the lives of a lot of innocent people. Under the new measure (Senate Bill 52), drivers would still be allowed to text message while stopped, like at a stop light.

In other, words, the measure is far too lenient, even should it make it into law. The governor hasn’t said if he’s going to sign it.

Under the law, drivers would only be able to be busted for text messaging and driving if they’re pulled over for something else first. So it would be a secondary enforcement law. Only then could you be cited. With a new amendment added to the bill earlier in the week by the House, police and prosecutors can seek cell phone records after an accident if an injury or death resulted.

If Scott goes ahead and approves this bill, the state of Florida would become one of the last states in the country to have any kind of restriction on text messaging while driving.

Also permitted under this measure are the use of GPS devices and other electronics. Talk-to-text services would still be allowed as long as the driver doesn’t have to manually type or read messages. In addition to texting, the bill prohibits reading or writing emails, or other messages.

Year after year, there are thousands of people who are killed in distracted driving car accidents. Still, Florida lawmakers haven’t made the moves to put an end to this dangerous driving behavior.

Sending or receiving a text takes a driver’s eyes from the road for an average of 4.6 seconds, the equivalent-at 55 mph-of driving the length of an entire football field, blind.

Law or no law, there should never be a phone call or a text message that’s worth risking your own life or the lives of other innocent travelers. If you’ve got some business to attend to, make sure you do so when you’re safely stopped. No text message or phone call should be worth a human life.