Two people riding on a motorcycle were injured in a recent motorcycle accident in San Carlos Park. It happened when a mattress flew off a truck and stuck them, according to Naples News. 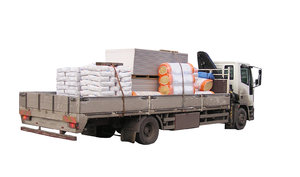 The two motorcyclists, in their mid-50s, were heading east on Alico Road at roughly 2:00 p.m. They were driving behind a truck when the mattress, which evidently wasn’t properly secured, flew off the truck and struck the motorcycle. They lost control of the bike and both riders were thrown from the motorcycle. They were transported to Lee Memorial Hospital and treated for injuries.

Our Bonita Springs motorcycle accident lawyers understand that the two motorcyclists were wearing helmets when the crash happened. That move may have saved their lives. Although the motorcyclists are listed in serious and critical condition, they’re alive and we hope on the mend. The driver of the truck has been charged with failing to properly secure his load.

These unsafe loads are a serious problem along our roadways. As a matter of fact, officials with the AAA estimate that close to 30,000 accidents happen in the U.S. every year because of unsafe loads. Officials believe that nearly 100 people die and an untold number of others are injured.

Driving along our roadways is challenging enough. You have to be alert to other drivers swerving into your lane, cutting in front of you, running red lights or slamming on their brakes. What drivers oftentimes forget about are the loads carried by trucks. Whether a commercial carrier or a resident on a return trip from Home Depot, loose loads in the roadway can quickly create fatal accident risks.

On trucks, you oftentimes have to worry about tools and other items flying off when they’re not properly secured. You’ve also got to worry about the items that are too light and yet can still cause fatal accidents it they manage to hit your windshield.

Oftentimes, when items fall off vehicles, drivers swerve to miss the debris. When they swerve, many of them do so without thinking about the vehicles around them. When this happens, we’re all in trouble. This is how chain-reaction accidents happen. And, in fact, a motorist’s reaction to debris in the road is often a contributing factor in such crashes.

According to Florida Statute 316.520, a driver of a truck with an unsecured load that caused an automobile accident can be held liable along with the truck owner.

It’s important that the right parties are held responsible for these kinds of accidents. Truckers have a responsibility to keep their loads on their vehicles. Neglect can result in some serious injuries, accidents and even fatalities.

If you or someone you love has been involved in a motor vehicle collision, call Associates and Bruce L. Scheiner, Attorneys for the Injured, for a free and confidential consultation to discuss your case. Call 1-800-283-2900.